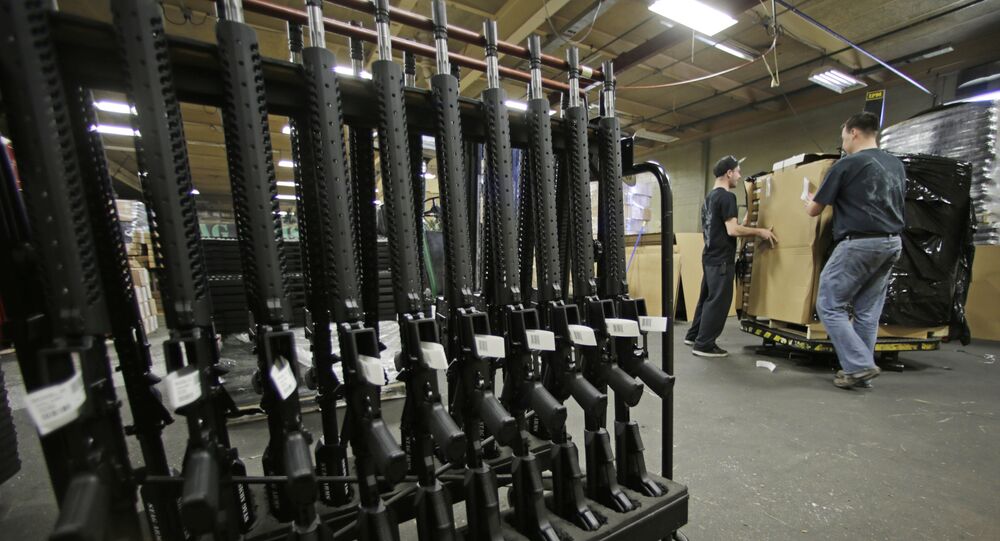 WASHINGTON (Sputnik) - A reclassification of rifle bump stocks as machine guns, which was announced by the US Department of Justice on Tuesday, will be opposed in a lawsuit that seeks an injunction to block the new rule, the Gun Owners of America said in a press release.

"The new ATF [Bureau of Alcohol, Tobacco and Firearms] regulations would arbitrarily redefine bump stocks as ‘machineguns’ — and, down the road, could implicate the right to own AR-15’s and many other lawfully owned semi-automatic firearms," Gun Owners of America Executive Director Erich Pratt said on Tuesday. "ATF’s new bump stock regulation clearly violates federal law, as bump stocks do not qualify as machineguns under the federal statute."

© REUTERS / Nick Wagner
‘Almost Inevitable’ US Air Force Will Be Sued Over Texas Mass Shooting
Pressure to ban bump stocks surged after the October 2017 massacre of 58 people at a concert in Las Vegas, Nevada, in which bump stocks allowed a lone gunman to fire several hundred rounds into a crowd below his hotel room in a short period of time, the notice said. The attack wounded more than 500 people.

The release claimed that bump stocks and similar enhancements will force a half-million US gun owners to destroy or surrender the devices or else risk felony prosecution.

The planned lawsuit will seek a temporary injunction blocking enforcement of the rule, while challenging the Justice Department’s ability to rewrite federal gun laws passed by Congress.

Government agencies in the United States are not free to rewrite laws under the guise of interpreting an existing statute, Pratt said.