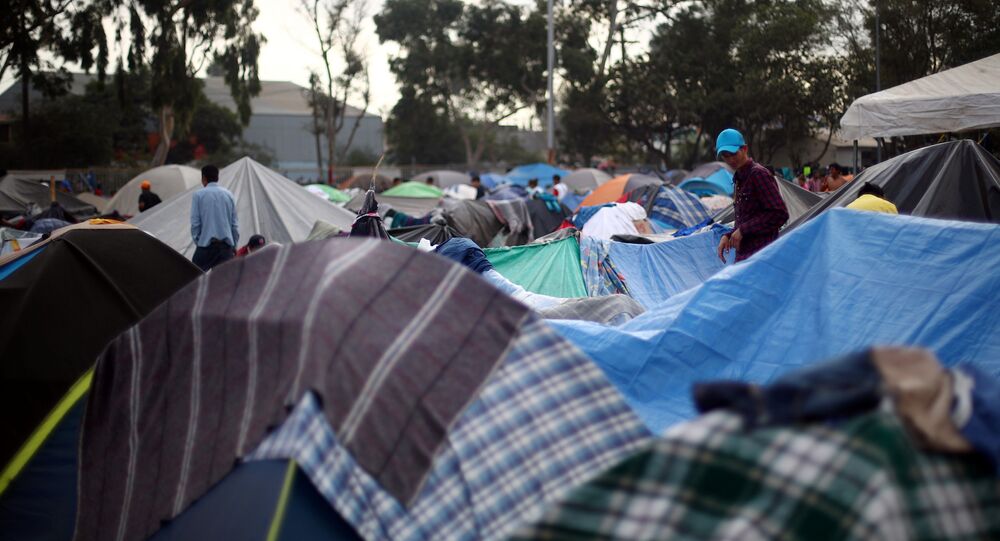 "I honestly hope an investigation is conducted neutrally and thoroughly in this and in any case involving immigrants seeking asylum here," Lopez said on Monday.

Lopez's office is part of the delegations that monitor detention conditions at the border and based on her own experience the Trump administration has implemented a cruel and unusual treatment of minors, she said.

© REUTERS / Hannah McKay
US Homeland Security: ‘Over 600 Convicted Criminals Are Travelling With Caravan’
She said migrant children are medicated against their will and told they will never see their parents again if they refuse to take the medications.

Although there has been no evidence that the US government is to blame for the girl's death, Lopez said she will argue that the administration's action to delay entry into the United States to asylum seekers violates international law and is morally wrong.

The United States has a moral responsibility, Lopez added, to respond to the humanitarian crisis at the border given its role in helping create the dysfunction in Central America through "misguided" foreign policies.

Last Friday, US Customs and Border Protection (CBP) said its Office of Professional Responsibility and the Department of Homeland Security's Inspector General are investigating the death of 7-year-old Guatemalan migrant Jakelin Caal Maquin who died while in custody of immigration officials.

Caal became ill while in US custody after being apprehended with her father on December 6 for illegal border crossings. After being flown to the nearest trauma center, some 94 miles away, in the Texas city of El Paso, doctors were unable to save Caal and she died on December 8. She had brain swelling and liver failure, according to CBP. Lawyers representing the Caal family said in a statement on Saturday that she was in good condition when she crossed the US border and was apprehended by CBP agents.

© AP Photo / Marco Ugarte
'Great Danger': Trump Slams Judicial Activists Defending Migrant Caravan
The girl's father, Nery Caal, did not speak to the press on Saturday during a press briefing at the Annunciation House in El Paso at the request of his legal counsel. CBP granted the father provisional release to the non-profit immigration support group, which is providing him shelter.

CBP officials said the agency did everything in its power to provide medical care to Caal immediately after being notified of her condition. CBP also said Caal had no evidence of health issues when they conducted an initial screening after her apprehension. On Friday, the White House rejected responsibility for Caal's death and said it was a senseless and needless death that is 100 percent preventable.