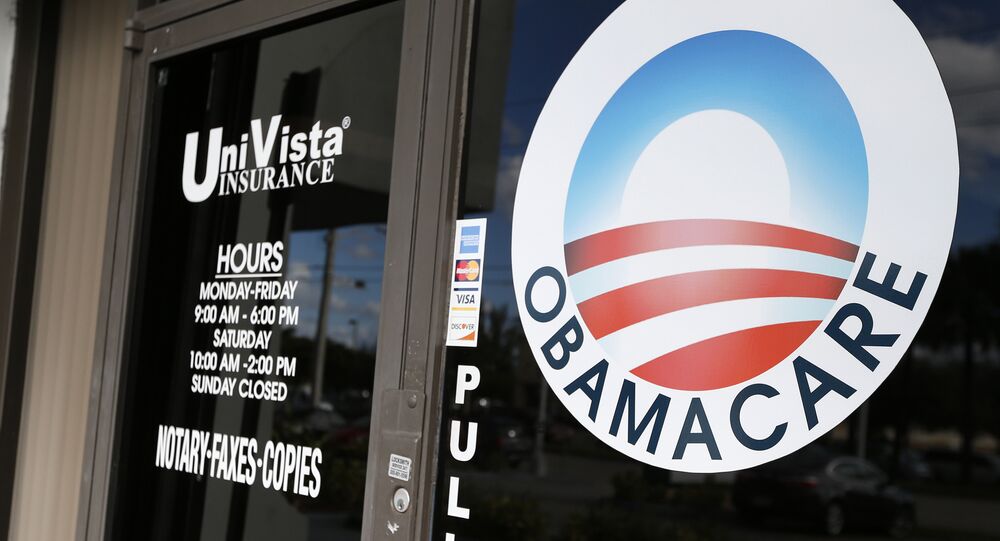 WASHINGTON (Sputnik) - The US District Court for the Northern District of Texas has ruled that the Affordable Care Act, widely known as Obamacare, must be scrapped, raising concerns that 20 million US citizens might be stripped of insurance coverage as a result.

Commenting on the decision of the court to invalidate Obamacare, US President Donald Trump criticised the health care system, introduced by his predecessor, urging the legislators to change the situation.

Wow, but not surprisingly, ObamaCare was just ruled UNCONSTITUTIONAL by a highly respected judge in Texas. Great news for America!

Earlier on Friday, US District Court Judge Reed O’Connor ruled that the reform must be axed because Congress cancelled its key provision — the tax penalty for not complying with the requirement to buy insurance

The decision was part of a case made by 20 plaintiff states who sought to recognise the Affordable Care Act as invalid.

As I predicted all along, Obamacare has been struck down as an UNCONSTITUTIONAL disaster! Now Congress must pass a STRONG law that provides GREAT healthcare and protects pre-existing conditions. Mitch and Nancy, get it done!

© AFP 2021 / Robyn BECK
Change the Name: Obama Reveals How He Tried to Convince Trump to Keep Obamacare
The ruling is supposed to be appealed in the coming days. However, the ruling was made less than 24 hours before the end of the regular insurance purchase period for the year ending on December 15. Thus, it will be difficult for consumers to determine whether they should buy insurance if they have not already done so, and how the cost of medical care will change if the court's decision remains in force.

Obama signed the Affordable Care Act in 2010, and most of the provisions took effect in 2014. The act has faced fierce opposition from the Republican Party. President Donald Trump has pledged to repeal and replace Obamacare since the early days of his administration. However, all attempts to achieve that goal have so far failed in Congress.