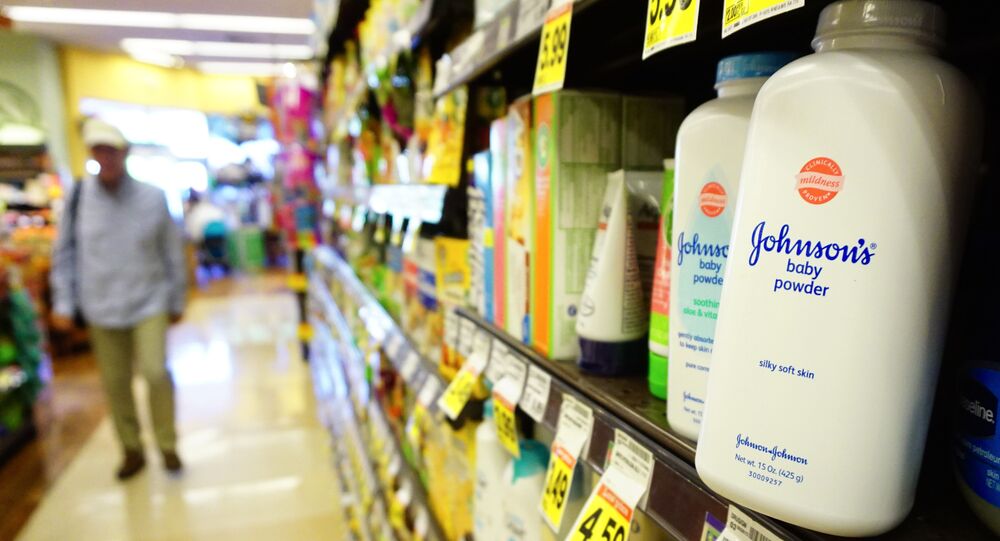 Johnson & Johnson Knew for Decades About Asbestos in Products – Reports

The company is facing thousands of lawsuits alleging J&J used asbestos in their powders, causing cancer, and newly discovered documents reveal that knowledge about the use of asbestos was kept away from the public.

Johnson & Johnson(J&J) knew for decades that there was asbestos in their most recognizable talcum baby powder, according to Reuters.

Since they last defended a lawsuit over asbestos in 1999, J&J have now been compelled to hand over thousands of pages of company memos, internal reports and other confidential documents. The documents, shared with lawyers, reveal that a total of 11,700 plaintiffs are now claiming that the company's talc caused their cancers — including thousands of women with ovarian cancer.

© REUTERS / Lee Jin-man
Samsung Brass Apologises to Workers Who Got Cancer Working at Company Factories
The examined documents demonstrate that from at least 1971 to the early 2000s the company’s raw talc and finished powders sometimes tested positive for small amounts of asbestos and that company executives and employees  were concerned about the problem and how to address it, deciding not to disclose it to regulators or the public.

The documents, most of which remain shielded from public view, also hinted at the company’s successful efforts to influence US regulators’ plans to limit asbestos in cosmetic talc products as well as scientific research on the health effects of talc.

Asbestos is prohibited by the World Health Organization, who recognize no safe level of exposure to asbestos, as even small amounts of asbestos have been known to trigger cancer years later. Many plaintiffs allege that the amounts they inhaled when they dusted themselves with tainted talcum powder were sufficient to cause the disease. Some of the women claimed that they only had to inhale the powder in order to do so.

© CC BY-SA 4.0 / Destroyer of furries / Cancer cell
Quantum Dot-Based Microarray: Scientists to Improve Cancer Treatment Effectiveness
In July J&J were ordered to pay more than £3.5 billion to 22 women who claim the firm's talc gave them cancer. The company promised to appeal that decision, saying in a public statement that their product is safe, blaming the court ruling on juror confusion, “junk” science, unfair court rules and overzealous lawyers looking for a fresh pool of asbestos plaintiffs.

"Plaintiffs’ attorneys out for personal financial gain are distorting historical documents and intentionally creating confusion in the courtroom and in the media,” Ernie Knewitz, J&J’s vice president of global media relations, wrote in an emailed response to Reuters’ findings. “This is all a calculated attempt to distract from the fact that thousands of independent tests prove our talc does not contain asbestos or cause cancer. Any suggestion that Johnson & Johnson knew or hid information about the safety of talc is false.”

Talc, the world's softest rock, is a mineral closely linked to asbestos and the two substances often appear in close proximity within the earth, thus it is easily contaminated. However, J&J denies the allegations, insisting that rigorous testing and purification processes ensure that its talc is clean.