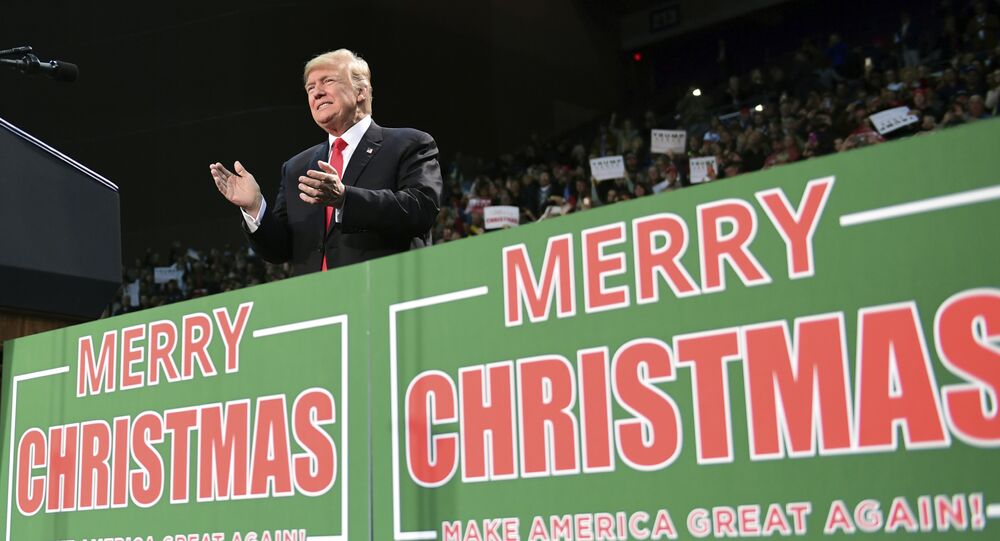 Since taking office last year, President Donald Trump has consistently been lambasting a number of media outlets for negative coverage of his administration, having repeatedly referred to the “fake news” as “the enemy of the people”.

President Donald Trump has called off the annual White House holiday party for the media, thus ending a decades-old tradition, Fox News reported without providing reference to sources. The media outlet went on to say that the White House didn’t announce the cancellation.

I wouldn't host a party for the devil either, those folks hate you, but they would show up to eat the free stuff and show off how fake they are, and tomorrows headlines would all read how bad the party was, Go Trump, beat them at their own game.

I do not blame him at all.

good for him.. why have a party for people who's only purpose in life to to destroy you

Good! The press has been hateful, naughty and definitely not nice this year, again! Love our @Potus pic.twitter.com/9WOjnuDDF2

Some netizens, however, compared Trump to the Grinch, a fictional character who sought to ruin Christmas for every inhabitant of the town:

Fellow Twitterians suggested that the media were on Trump’s naughty list:

guess when you are naughty you don't get any presents lol

Last week, The Washington Post reported that the fate of the invitation-only soiree was uncertain, since the White House hadn’t scheduled the event despite the fact that the gathering is usually held in early to mid-December.

The news comes amid Trump’s ongoing crusade against the “fake news” media, which he has repeatedly dismissed as the “enemy of the people”.

In 2017, CNN, which President Trump often bashes as “fake news”, boycotted the event:

“In light of the President’s continued attacks on freedom of the press and CNN, we do not feel it is appropriate to celebrate with him as his invited guests”.