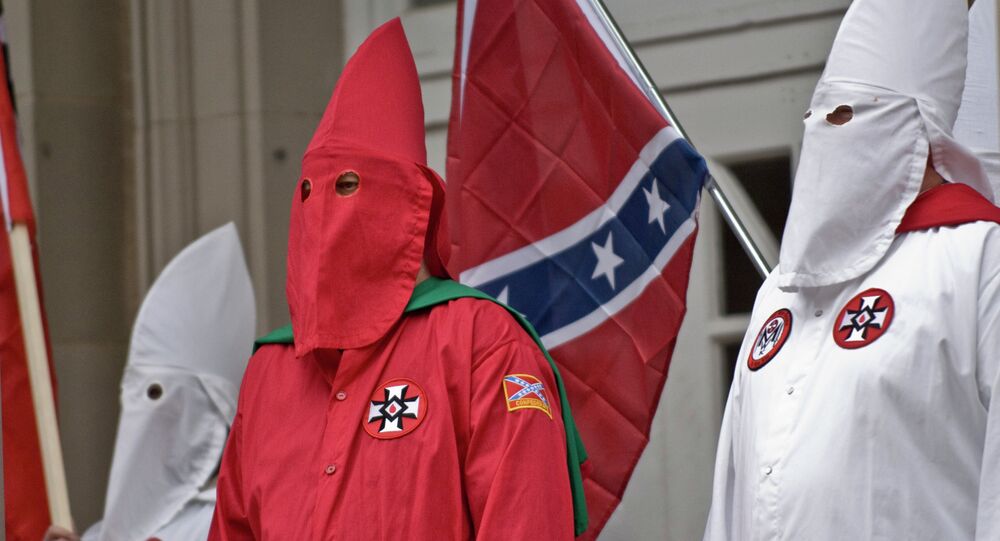 A spokesperson for the school explained that the klansmen appearance was all part of the act, and that the school apologizes to members of the audience who were "caught by surprise with the appearance of these characters."

A number of parents attending a school play at the ASU Preparatory Academy Phoenix campus were left outraged after it became apparent that several students donned the attire of Ku Klux Klan members as part of the performance, ABC15 Arizona reports.

"Three students dressed as the KKK walked down the middle of the assembly as part of a play. They were in hooded robes," one of the parents said.
He did admit that the Klansmen’s appearance was part of the play, but insisted that they could’ve been portrayed without "full regalia."

© AP Photo / Matt Houston
WATCH US Students Sing KKK-Style 'Jingle Bells' Rendition
A spokesperson for ASU Preparatory Academy said in a statement the play in question, The Foreigner by Larry Shue, "portrays an image of members of Klansmen in a brief scene toward the end in which they are made fun of and driven away", and that the school apologizes "if anyone was caught by surprise with the appearance of these characters."

Another parent however told the TV channel that this development “was not as big of a deal” to him because his son, and most of the students, are Hispanic.