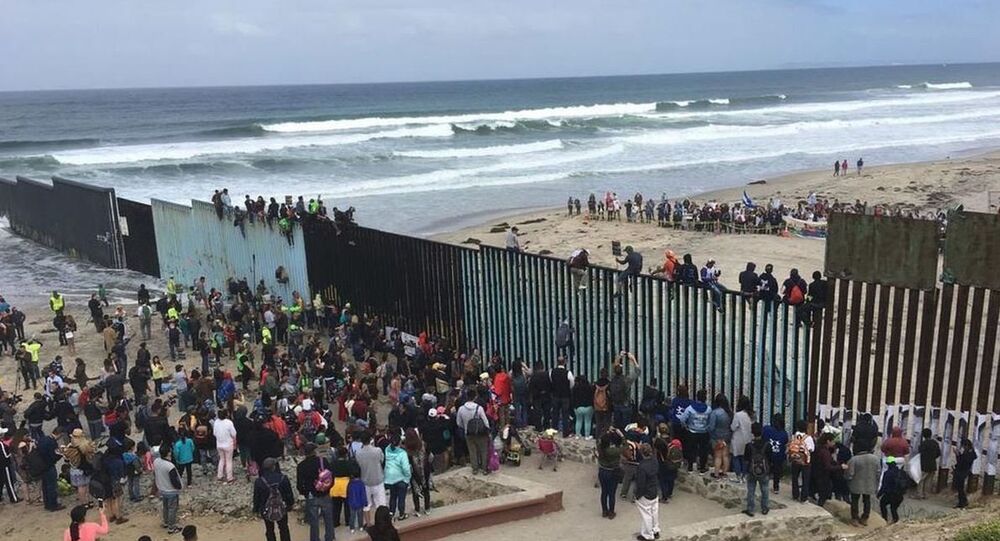 One of Donald Trump's signature campaign pledges back in 2016 was to build a wall along the US border with Mexico in a bid to prevent illegal immigrants from entering the United States. This has been a pressing issue in recent weeks, particularly in light of migrant caravans from Central America attempting to cross the border into the US.

Donald Trump, in a series of tweets, spoke out on US border security and promised that the US military would construct the wall on the Mexican border if the Democratic Party did not vote for it.

….People do not yet realize how much of the Wall, including really effective renovation, has already been built. If the Democrats do not give us the votes to secure our Country, the Military will build the remaining sections of the Wall. They know how important it is!

According to POTUS, the Central American migrants, who have been seeking refuge in the United States, have failed to enter the country thanks to border infrastructure, including "newly built and makeshift walls and fences".

He suggested that a "Great Wall" would be a better solution to the problem, but the Democrats were standing in the way of its construction. "We have already built large new sections and fully renovated others, making them like new", he said. "The Democrats, however, for strictly political reasons and because they have been pulled so far left, do not want border security. They want open borders for anyone to come in. This brings large-scale crime and disease".

The US president pointed out that he was in the process of "very productive" talks with China.

Very productive conversations going on with China! Watch for some important announcements!

His comments come on the heels of reports that Beijing was considering reducing its import tariffs on US-made cars to 15 percent from the current 40 percent. China, the world's largest automaker, raised tariffs on American cars to 40 percent earlier this year in retaliation for Trump's tariffs on Chinese imports.

Donald Trump is slated on Tuesday to sit down with Chuck Schumer and Nancy Pelosi, the respective Democratic minority leaders of the Senate and the House of Representatives, as they seek to secure a spending deal ahead of the December 21 government shutdown deadline.

Trump earlier requested $5 billion in border wall funding and threatened to force a partial government shutdown if he did not receive the cash from Congress. The Democrats flatly rejected his push, and Congress approved a two-week stopgag spending bill to avert a shutdown.

The Trump administration has long been advocating for stronger border security; one of Trump's key campaign promises was to build a wall on the country's southern border. The border issue came into the spotlight again in October after migrant caravans numbering in the thousands travelled all the way from Central America — mainly, Honduras — to the US-Mexico border. The migrants, who were seeking asylum in the United States, amassed at the fence and got stuck in limbo after US border guards refused to let them in.