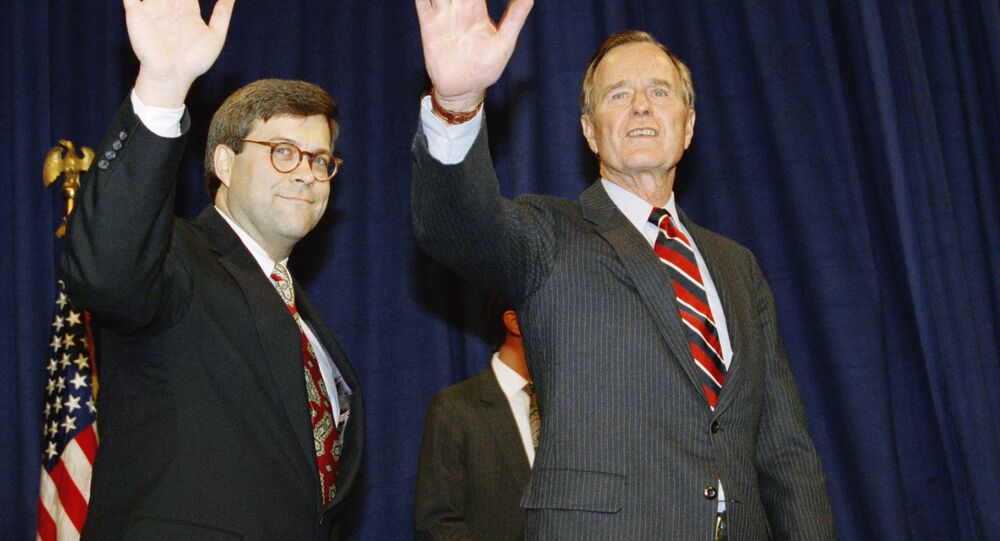 "Will Barr will be nominated for the United States’ attorney general position, I think he will serve with great distinction", Trump said.

William Barr, who served as US attorney general for former President George H.W. Bush in 1991-1993, will replace Jeff Sessions at the Department of Justice.

The nomination was announced due to the resignation of Jeff Sessions at the request of President Donald Trump.

Sessions has faced criticism from Trump for having recused himself from Special Counsel Robert Mueller's probe of Russia's alleged meddling in the 2016 presidential election. In 2016, former US Attorney General William Barr supported Donald Trump's nominee, Jeff Sessions, for a post once held by himself.

Trump was previously planning to nominate Whitaker to occupy the position, but Democratic senators filed a lawsuit to challenge the appointment, alleging that the president had violated the Constitution's appointments clause.

The lawmakers were concerned about Whitaker's influence on the investigation of the special counsel, who is probing allegations of Russian meddling in the 2016 election, as well as possible coordination between Moscow and the Trump campaign.

Reacting to Washington's numerous accusations of meddling, Moscow has repeatedly denied them, insisting that it does not interfere in the internal affairs of other countries. Trump and the White House have also repeatedly denied allegations of collusion.