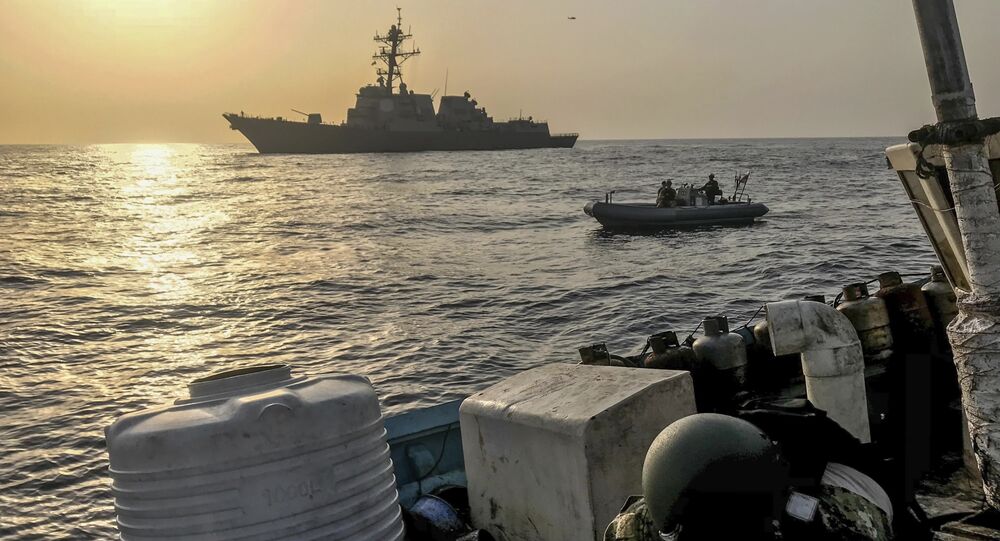 “Right now our consuls are meeting with our three wounded guys,” Klimkin said after an OSCE meeting in Milan, Italy. The Ukrainian top diplomat said further meetings with the remaining 21 crew members were planned for this week to check on their health.

Russian human rights ombudswoman Tatiana Moskalkova said the three seamen were staying in the medical ward of a Moscow prison, and their health was not in danger.

Press service of border management of FSB of the Russian Federation in the Republic of Crimea
Kerch Strait Incident: Ex-German Foreign Minister Says Kiev Seeking to Drag Berlin Into War
Russian border guards detained three Ukrainian ships on November 25 after they entered a temporarily restricted area and tried to sail through the Kerch Strait. They ignored warnings to stop and maneuvered dangerously. One of the sailors later confessed he had been aware of the provocative nature of their actions.

The Pentagon said in a press release on Thursday that the United States and its allies conducted an "extraordinary" flight over Ukraine under the Open Skies Treaty in a show of solidarity following the Kerch Strait incident.

CNN reported Thursday, citing three government sources, that the US military has asked the Department of State to notify the Turkish government about its intent to sail a warship in the Black Sea.

However, The US government has not discussed any military response to the Sea of Azov incident, Chairman of the Joint Chiefs General Joseph Dunford said on Thursday.

"There is no discussions ongoing right now about a military dimension to our response to the Sea of Azov," Dunford said on Thursday in a public appearance at the Washington Post.

Russian President Vladimir Putin has said that the incident was a provocation prepared in advance as a pretext to introduce martial law in Ukraine. Putin said the provocation could be linked to Poroshenko's low approval rating ahead of the presidential election campaign set to start in late December.