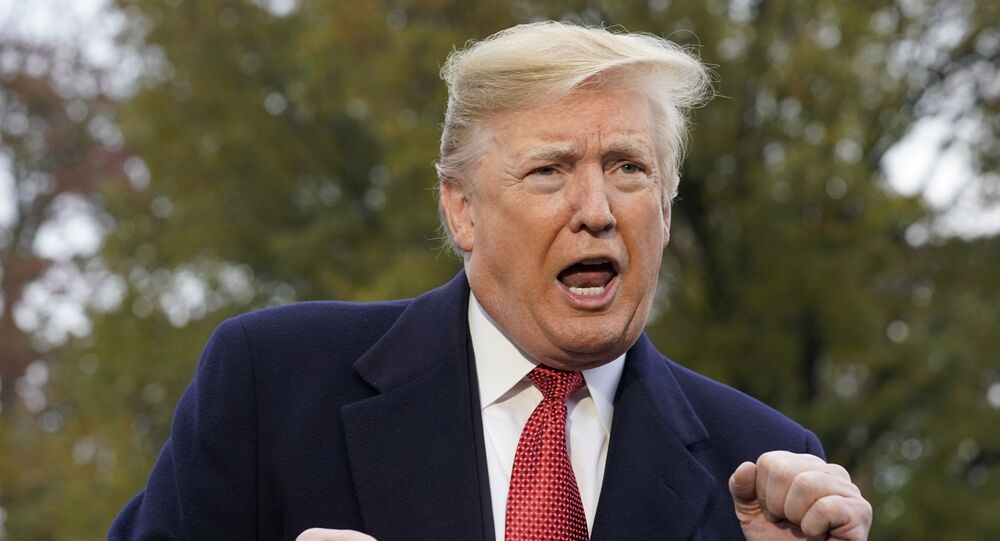 The US has the largest debt in the world, in excess of $21 trillion. While the American economy could be hit hard by the debt problem, President Donald Trump reportedly doesn't see this as a problem.

The US president doesn't care about the worsening situation regarding the American national debt because he will no longer be the occupant of the Oval Office by the time the debt situation spirals out of control, according to The Daily Beast, referring to a source, who took part in the meeting on debt.

Trump, discussing the debt problem with a senior official in early 2017, reportedly noted that the peak of the crisis would take place only after his possible second term as US president comes to an end.

"Yeah, but I won't be here", Donald Trump said, according to The Daily Beast.

Commenting on Trump's attitude towards the possible debt crisis, one former senior White House aide revealed, that he "never once heard him [Donald Trump] talk about the debt".

"He understands the messaging of it. But he isn't a doctrinaire conservative who deeply cares about the national debt, especially not on his watch… It's not actually a top priority for him… He understands the political nature of the debt but it's clearly not, frankly, something he sees as crucial to his legacy", the former senior White House official added.

During his presidential campaign in 2016, Donald Trump was accusing former US President Obama of "doubling" the national debt, pledging to eliminate it in eight years. However, since Trump has become president the debt has risen by roughly $2 trillion.

The US has the largest debt in the world in comparison to other sovereign states. American debt as of December 2018 exceeds $21 trillion; the UK has the second largest national debt, which was around $8.5 trillion as of December 2017.