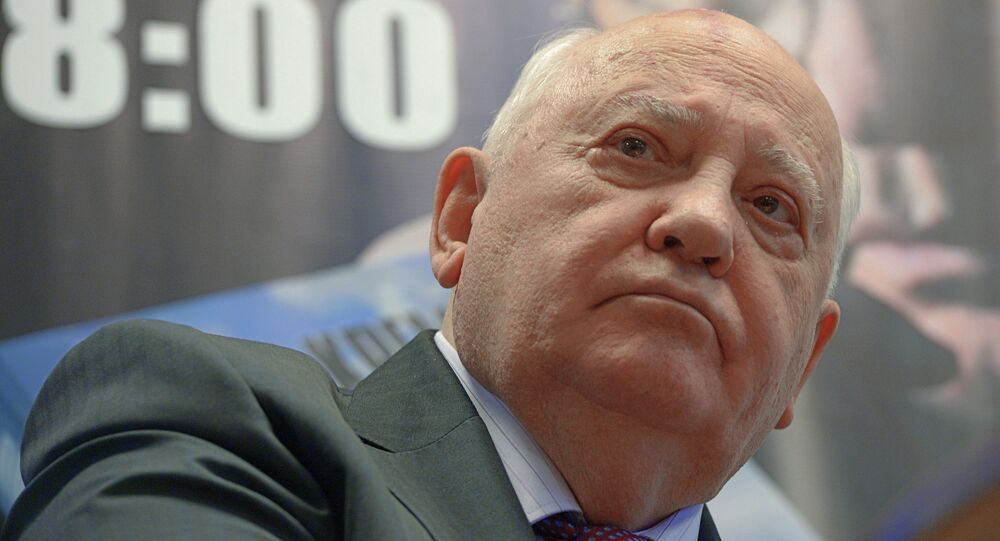 MOSCOW (Sputnik) - Mikhail Gorbachev has said in remembrance of former US President George H. W. Bush, that the two politicians had managed to form the basis of a partnership between the two countries, but argued that the achievements of the past were at risk since the world at the moment was on the edge of confrontation and a new arms race.

"I vividly remember our talk on the phone on Dec. 25, a few hours before I announced that I was stepping down from the presidency of the Soviet Union. We reviewed the results of our cooperation. Our main accomplishment was our agreement to destroy thousands of nuclear weapons, both strategic and tactical. Together, we helped to end conflicts in various parts of the world. We laid the groundwork for a partnership between our countries. Those historic results are now in jeopardy. The world is on the brink of a new confrontation and a new arms race", Gorbachev wrote in an article remembering Bush, published by Time magazine on 5 December.

Gorbachev also recalled the Malta Summit, during which the end of the Cold War was declared, calling it a historic breakthrough which became possible due to the two states' joint efforts.

"Today, only joint efforts can avert a new confrontation and the threat of a devastating war, thus restoring the prospect of a new world order—more secure, more just and more humane", Gorbachev stressed.

© Sputnik / Alexey Vitvitsky
US's 60-Day Notice Over INF Treaty Fuels Fear of US-Russian Arms Race - Scholars
The article was published after the announcement of former US President George H. W. Bush's death. Bush, who served as the 41st president of the United States from 1989 to 1993, died at the age of 94 on Friday. On 5 December, the former president's state funeral took place in Washington.

It was Gorbachev who signed together with then US President Ronald Reagan the Intermediate-Range Nuclear Forces (INF) Treaty in 1987. In October, US President Donald Trump said that Washington would withdraw from the agreement citing Moscow's alleged violations of the treaty.

On Tuesday, US Secretary of State Mike Pompeo said that Washington would suspend its adherence to the INF Treaty in 60 days unless Russia returned to full compliance with the agreement. Russia has repeatedly denied the claims that it breached the treaty's terms.