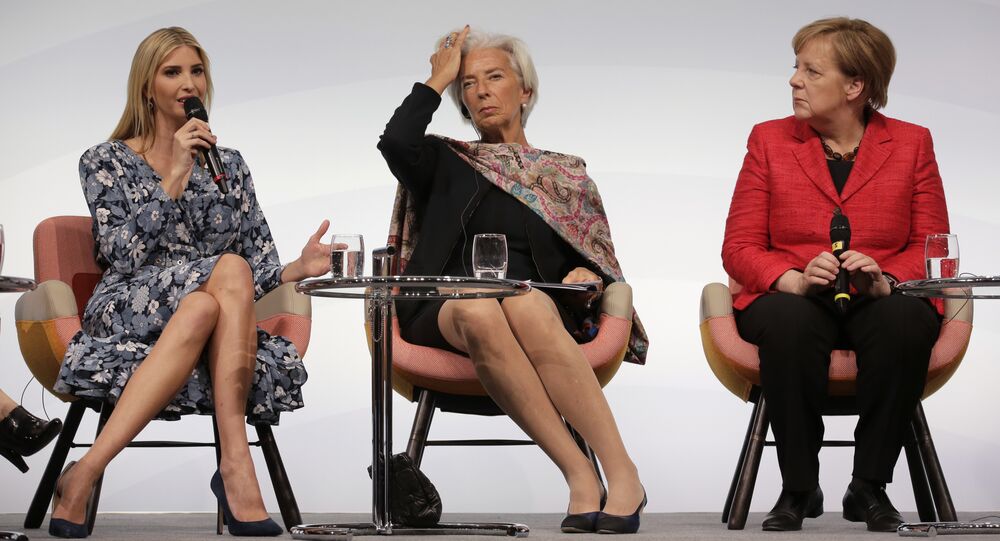 Despite surfing through political turmoil, two European leaders – Germany’s Angela Merkel and the UK’s Theresa May - managed to secure leadership in the US magazine’s renowned list of female influencers, which includes billionaires, CEOs, and celebrities, each shaping the face of the world in her own way.

Angela Merkel has been named the world’s most powerful woman by Forbes magazine for the 7th time. In its editorial letter, the US magazine pointed out that the German chancellor has managed to remain the top rating for 13 years. However, the journalists point out that she is “on her way out” as Merkel announced recently that she wouldn’t seek re-election as her Christian Democratic Union leader and later chancellor. Another woman, doing well in the rating despite facing major political turbulence at home over Brexit, is UK Prime Minister Theresa May. The Head of the International Monetary Fund Christine Lagarde rounds out the top three. Other political figures, listed by Forbes, include women representing different continents and political systems.

Britain’s longest-serving monarch Queen Elizabeth II is in the top thirty (23), right behind her a representative of another famous dynasty – US presidential daughter and advisor Ivanka Trump.

Bangladesh’s Prime Minister Sheikh Hasina Wajed, who was ousted over corruption allegations, but had a comeback, and her colleague Jacinda Ardern, who managed to become the youngest female head of state and give birth while in office, are numbers 26 and 29 nine respectively.

The charismatic star of this year’s FIFA World Cup, Kolinda Grabar-Kitarovic also made it on the list at #47 for her diplomatic work, including attempts to foster relations with Russian President Vladimir Putin. The blonde Croatian managed to outpace pop-diva Beyoncé, whose outstanding commercial success as one of the world’s highest paid female musicians was noted. The list’s authors also recognised Taylor Swift, who apart from her high-grossing US tour, was noted for her bold political stance, significantly increasing voter registration after she urged fans to vote during the midterm elections.

Although many positions were occupied by politicians and celebrities, female billionaire owners and top managers from the world’s biggest companies, from finance to mining still dominate the list. General Motor’s CEO Mary Barra was #4 despite mass layoffs, which resulted in criticism, but sent stock prices up 5%. Public scrutiny didn’t play out well for Facebook COO Sheryl Sandberg, who dropped out of top 10 for the first time since her debut eight years ago.

There was also a place for famous philanthropists, who also happen to be the wives of the world’ richest tycoons, Melinda Gates (#6) and Marc Zuckerberg’s partner Priscilla Chan (#53).