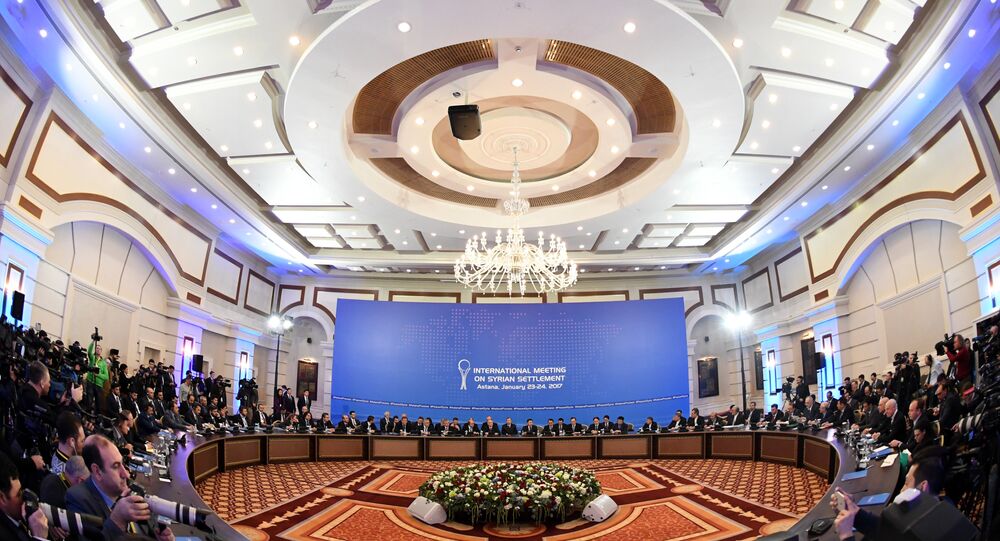 'Let's Pull the Plug on Astana': US Sets Deadline on Syrian Committee Summoning

WASHINGTON (Sputnik) - The United States believes that the Syrian settlement talks in the Astana format can be discontinued if the participants fail to summon the Syrian constitutional committee by December 14, US Special Representative for Syria Engagement James Jeffrey said during a press briefing.

"They tried and they failed, or at least up to this point they failed. And if they are still failing by the 14th… let’s pull the plug on Astana," Jeffrey said on Monday.

On December 14, UN Special Representative for Syria Staffan de Mistura is expected to present his report to the UN Security Council.

© AP Photo / DHA-Depo Photos
Turkey Refuses to Accept 'Fait Accompli' in Syria
The 11th round of the Astana peace talks, with participation of Russia, Iran, and Turkey, as well as representatives of the United Nations, Syrian government and opposition, took place in late November. Following the negotiations, Russian Special Presidential Envoy for Syria Alexander Lavrentyev told Sputnik that formation of the committee was underway.

Russian Foreign Minister Sergey Lavrov has repeatedly stressed that there is no viable alternative to the Astana format on the Syrian settlement and criticized attempts to set a deadline for Syria’s constitutional committee to form, saying that it is much more important to have a "functional and mutually acceptable constitutional committee" than an "artificial deadline."

The next round of the Syrian settlement talks in the Astana format is set for late February 2019.