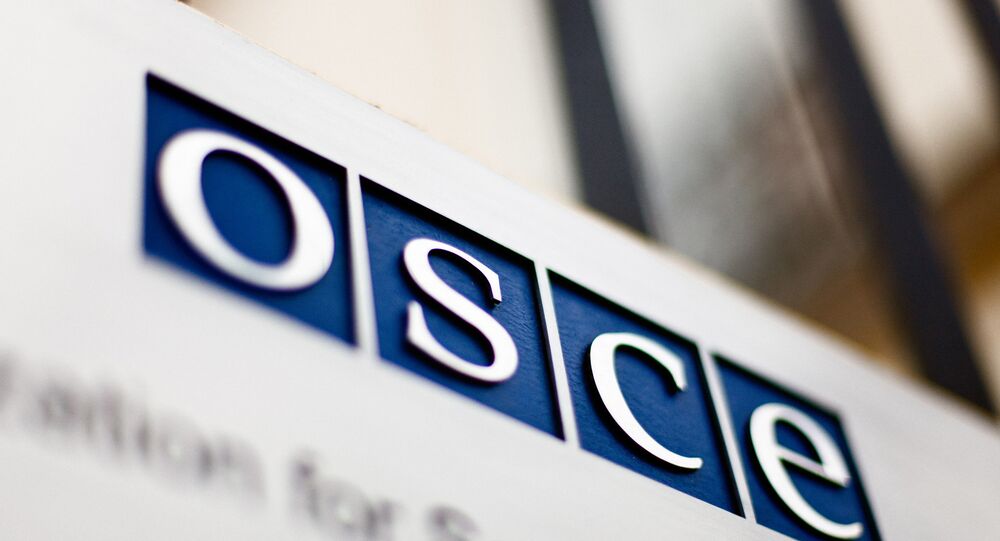 MOSCOW (Sputnik) - The Organization for Security and Co-operation in Europe (OSCE) late on Monday expressed concern over freedom of press in Canada after the Canadian Supreme Court upheld a ruling ordering a journalist to disclose his communications with a source.

"The confidentiality of journalistic communication is an important element of media freedom, widely recognized and protected by international standards and Canadian legislation. Infringing on journalists' confidentiality rights can lead to the silencing of sources, thereby undermining the ability of the media to report on issues of public interest … Protection of sources should also include communication and raw data collected by the journalist," OSCE Representative on Freedom of the Media Harlem Desir said in a statement.

© Sputnik / STR
Russian Envoy Urges OSCE to React to Kiev Impeding Work of Foreign Journalists
The OSCE official went on to express hope that Canada’s Source Protection Act, known as Bill S-231, which has been enacted recently, would also apply to the protection of journalists' communications.

On Friday, Canada’s Supreme Court upheld a lower court decision requiring Ben Makuch, a reporter for the VICE media outlet, to hand over his private communications with a Canadian citizen who had joined the Daesh terrorist group. The journalist did a serious of interview with the source in 2014, according to OSCE.