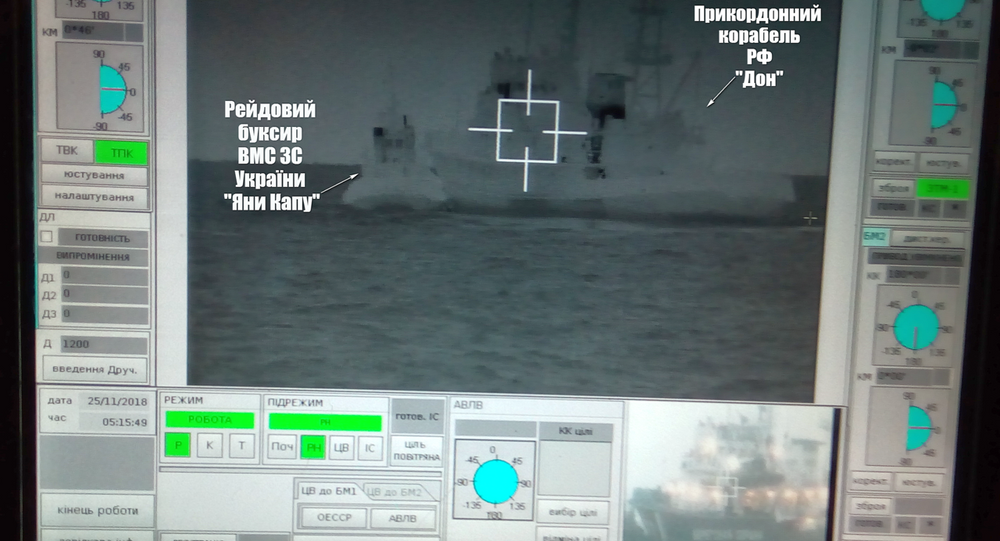 WASHINGTON (Sputnik) - The United States and NATO member states have been coordinating an alliance-wide response to the naval incident in the Kerch Strait between Ukraine and Russia, a US Department of State official told reporters.

"We’ve coordinated very closely over the last several days with European allies, both in the NATO format and in the EU format, and right now we’re focused on sizing an allied alliance-wide response, having the right size response to what happened at the Kerch," the State Department official said on Monday.

Press service of border management of FSB of the Russian Federation in the Republic of Crimea
Kerch Strait Incident: Ex-German Foreign Minister Says Kiev Seeking to Drag Berlin Into War
The incident has humanitarian and international legal dimensions, and US allies in the region should show leadership, the State Department official said.

On Sunday, Russia's Federal Security Service (FSB) said that the Ukrainian Berdyansk and Nikopol naval ships and the Yany Kapu tugboat illegally crossed the Russian maritime border as they sailed toward the Kerch Strait, the entrance to the Sea of Azov.

The Ukrainian vessels were seized by Russia after failing to respond to a demand to stop. In response to the situation in the Kerch Strait, the Ukrainian authorities have introduced martial law for 30 days in select regions of Ukraine along the border with Russia as well as the coasts of the Black Sea and the Sea of Azov.

© AFP 2021 / DANIEL MIHAILESCU
NATO to Keep Monitoring Black Sea Following Ukraine's Kerch Strait Provocation
Russian President Vladimir Putin called the incident a provocation in violation of international law, noting that there were two officers of the Ukrainian Security Service (SBU) in the Ukrainian ships' crew, who actually led the special operation. Putin also said the Russian border guards did what they must do to protect the state border according to Russian law.

Putin linked the provocation to the low rating of Ukrainian President Petro Poroshenko in light of the upcoming presidential election in that country. The Russian president noted that Poroshenko may not even get to the second round, so he needs to aggravate the situation and create insurmountable obstacles for his competitors from the Ukrainian opposition.