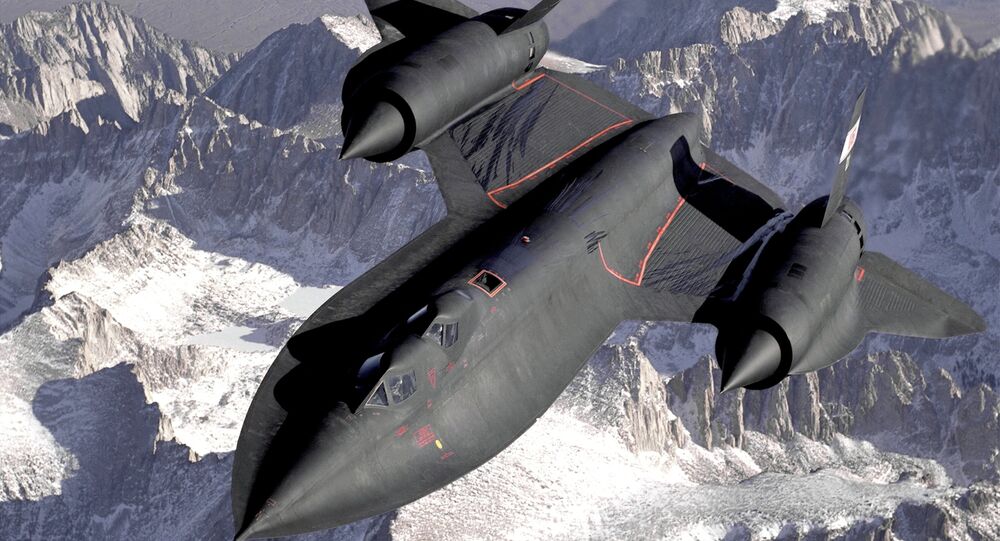 The US Air Force has bestowed medals to four Swedish pilots for bravery as a result of their support to a stricken SR-71 Blackbird spy-plane in 1987.

The incident happened in the skies over the Baltic Sea, when the United Kingdom flew weekly missions out over the waters toward Soviet bases in Latvia, Estonia, Lithuania, and Kaliningrad, according to an article on the Swedish Forces website.

© CC BY-SA 2.0 / Siri Spjelkavik / DSC_6062
In Sweden's Footsteps: Second Scandinavian State Mulls Reviving Cold War-Style 'Preparedness Campaign'
The missions followed a loop across the length of the Baltic States, then back around and in between the Swedish mainland and the island of Gotland.

Swedish pilots in Viggen fighter jets at that time regularly trained to intercept the SR-71 as a practice drill. However, one Blackbird flight, piloted by Lt. Cols. Duane Noll and Tom Veltri, experienced engine trouble, losing power in one of the enormous 15-foot turbofans.

The plane went off course and entered Swedish airspace over Gotland, descending more than ten miles to an altitude of 25,000 feet, at which point the stricken SR-71 received an escort from two Swedish Air Force pilots who were prepared to defend the fabled spy-plane from possible interception by Soviet fighter jets.

“We were performing an ordinary peacetime operation exercise. Our fighter controller then asked me are you able to make an interception and identification of a certain interest. I thought immediately it must be an SR-71, otherwise, he would have mentioned it,” one of four Swedish pilots involved in the incident said.

The Saab 37 Viggens, piloted by Swedish Air Force Col. Lars-Eric Blad, Majs. Roger Moller and Krister Sjoberg, and Lt. Bo Ignell, caught up with the faltering SR-71, intercepting the Blackbird for the first time in the aircraft’s history. According to the Air Medal citation, the pilots “decided to render support to the aircraft by defending it from any potential third-party aircraft that might have tried to threaten it.”

The incident, according to the US Air Force, was classified by the Pentagon as top secret until last year. However, part of the story is in the book Lockheed Blackbird: Beyond the Secret Missions, in which a retired Swedish Air Force fighter controller mentions Swedish attempts to intercept the aircraft and one incident in which a SR-71 was photographed by Viggen pilots flying on one engine. The photographer was one of the pilots honoured by the US Air Force.

US, Russia Conducting Search for Spying Aircraft Shot Down During Cold War

G20: Gearing Up for the New Cold War