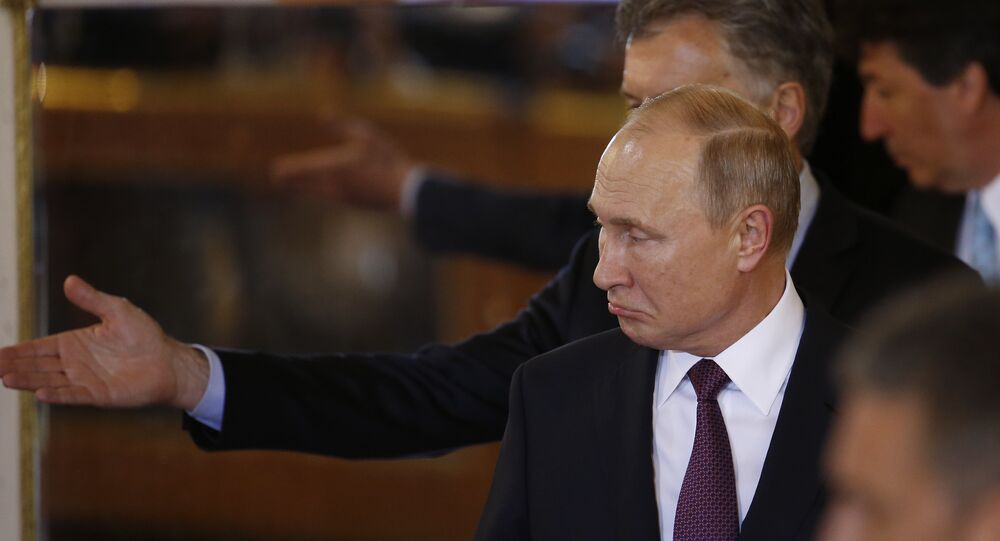 American politicians, including Donald Trump, voiced concerns prior to November that Russia would try to meddle in the US congressional elections. Although US intelligence agencies said there was no evidence of Russia's attempts to influence the outcome of the midterms, the Secretary of Defence shared some "inside" information.

US Defense Secretary Jim Mattis branded Russian President Putin as untrustworthy and a "slow learner" over what he called Moscow's repeated attempts to "muck around" in US domestic affairs.

"This is a very complex situation because Mr. Putin is clearly a slow learner," Mattis said at a defence forum in California on Saturday, commenting on alleged Russian aggression.

"He is not recognising that what he is doing is actually creating the animosity against his people. He is not acting in the best interest of the Russian people."

The 68-year-old Mattis chastised the Russian president as someone the United States "simply cannot trust," claiming that his actions were leading the NATO alliance to boost its capacities.

He also claimed that Vladimir Putin was "ripping up international agreements", including a treaty with Kiev, in a nod to the seizure of three Ukrainian Navy vessels that violated Russia's territorial waters last week.

Mattis said he did not know if the "Russian threat" had grown, but nevertheless accused the Russian leader of "continued efforts to try to subvert democratic processes that must be defended".

He noted, without elaborating, that Putin had attempted to "muck around" in the US midterms last month, and that Washington was "seeing a continued effort along those lines".

Ahead of the midterms, US intelligence agencies jointly expressed their concerns about what they believed to be efforts by Russia and China to influence US voters and policies. However, the heads of the Department of Homeland Security, Department of Justice, the FBI and the Director of National Intelligence said in a joint statement on election day that there was no indication that the election infrastructure had been compromised.

The ‘Russian meddling' narrative has been dominating the US media ever since the 2016 presidential campaign, when Moscow was accused of hacking the Democrats in a bid to sway public opinion toward then-Republican candidate Donald Trump. The FBI launched an investigation into the Trump campaign's purported collusion with the Kremlin, which he vehemently denied. Moscow also repeatedly dismissed the accusations as groundless and absurd.