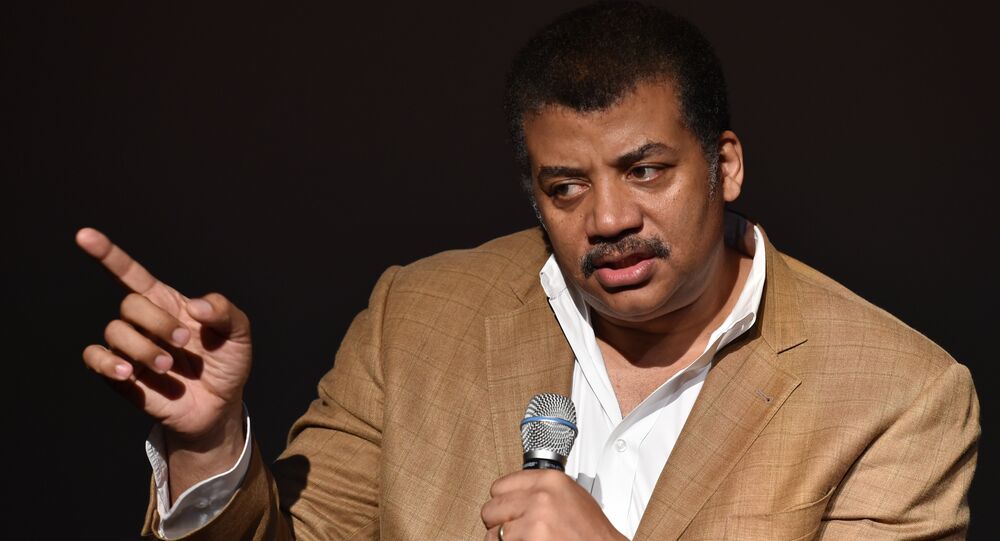 Celebrity astrophysicist Neil deGrasse Tyson is being investigated after two women have accused him of sexual misconduct.

Katelyn Allers, a Bucknell University physics and astronomy professor, accused Tyson of groping her at an American Astronomical Society meeting in 2009, the Hill reported. She said that the alleged groping did not become an assault, but noted that she was surprised Tyson could be capable of such “creepy behavior.”

© REUTERS / Chris Wattie
Pelosi: FBI Probe Into Kavanaugh's Alleged Sexual Misconduct Had 'Limited Scope'
A second woman, Ashley Watson, claimed that Tyson tried to persuade her into having sex and made “misogynistic comments” while she was working as his assistant, resulting in her departure. The stories of both women were first published in the religious website Patheos.

Both the Fox and National Geographic cable channels — set to air Tyson programming in 2019 — released statements on Friday saying they were not yet aware of the allegations.

“We have only just become aware of the recent allegations regarding Neil deGrasse Tyson," they wrote, adding that they “take these matters very seriously“ and were currently “reviewing the recent reports.”

The producers of Cosmos, a science-based TV series which Tyson hosted in 2014 and which Fox and National Geographic are set to reboot in 2019, noted that they were investigating the allegations.

“The credo at the heart of COSMOS is to follow the evidence wherever it leads,” noted the show’s producers, who added that they, “can do no less in this situation.”

READ MORE: Google Covers Up Sexual Misconduct by Its 'High and Mighty' – Reports

“We are committed to a thorough investigation of this matter and to act accordingly as soon as it is concluded,” they stated, cited by Vanity Fair.

Later, the astrophysicist has address the allegations in an online post. Tyson said that he didn't grope Allers, but checked out her tattoo by searching under the covered part of her shoulder of the sleeveless dress, noting that he "deeply sorry to have made her feel" creepy. He also said that he clumsily told his former assistant "if I hug you I might just want more," stressing that his intent was to express restrained but genuine affection.

This is not the first time the popular science evangelist has been accused of sexual misconduct. In 2014, musician Tchiya Amet claimed that Tyson drugged and raped her in the 1980s while they were both students at the University of Texas.