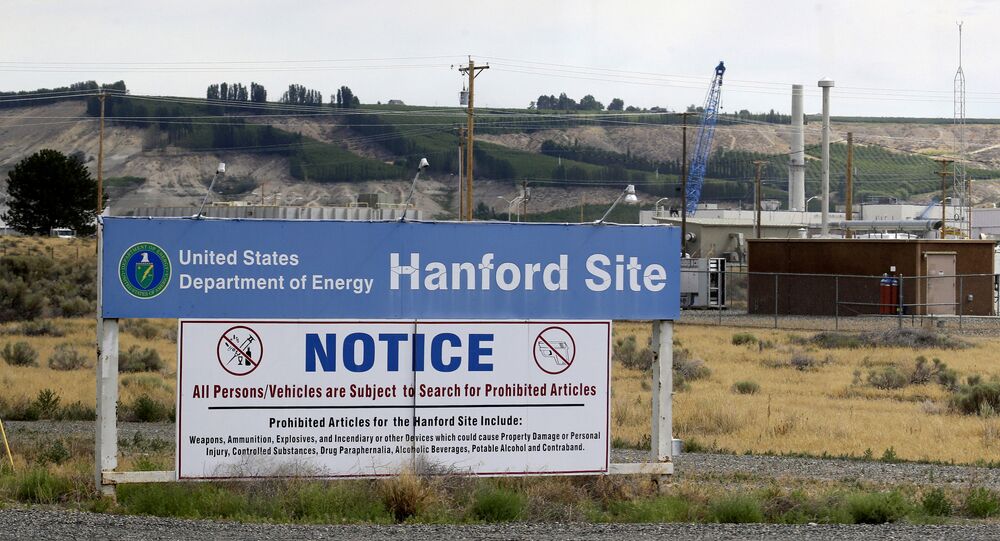 Moscow and Washington agreed in 2000 to dispose of weapons-grade plutonium by incorporating it into fuel for nuclear reactors. However, the Department of Energy has failed so far to build a costly nuclear facility and instead proposed burying their plutonium underground - something that scientists say could affect human health and the environment.

American academicians have criticised the government for insufficient efforts to dispose of surplus plutonium under a 2000 US-Russia agreement.

Congress asked the National Academies to assess the viability of the Department of Energy's plan for disposing of 34 metric tons of surplus plutonium in the Waste Isolation Pilot Plant (WIPP) in southeast New Mexico.

WIPP has "insufficient capacity" to get rid of plutonium that is no longer required for defence purposes, which is "one of several barriers to implementation" of the disposal plan, the Academies concluded in a Consensus Study Report.

According to the document, the dilute-and-dispose process proposed by the Energy Department runs counter to the Plutonium Management and Disposition Agreement (PMDA), a deal that the United States and Russia signed in 2000 to dispose of 34 tons of weapons-capable plutonium each.

The 2000 agreement took effect after being ratified by Russia in 2011. It stipulated that both Russia and the United States would build special facilities to turn surplus plutonium into mixed oxide (MOX) fuel for nuclear reactors.

Moscow has met its part of the commitments; however, the Savannah River Site (SRS) MOX project has been under construction in South Carolina since 2007 and has not been completed yet. The study says that "substantial schedule delays and cost overruns" caused the government to scrap the project, which would adopt the PMDA-approved method.

The National Nuclear Security Administration (NNSA), the Energy Department's agency in charge of the US nuclear warhead stockpile, proposed what it called a cheaper way to dispose of plutonium. Instead of creating MOX oil, the office said, the SRS could be used to dilute the plutonium and bury it deep underground.

A federal judge ruled against the proposed shutdown of the SRS construction in June, arguing that Congress has not approved the dilute-and-dispose method to replace MOX. The judge argued that the NNSA's proposal would turn South Caroline into the nation's dumping ground for plutonium and produce an adverse environmental effect.

Academicians also insist that this approach has so far proven to be insufficient. "So far, the dilute and dispose process has been demonstrated at a small scale by DOE's Office of Environmental Management as it begins to process 6 metric tons of surplus plutonium, a quantity separate from the 34 metric tons."

Russian President Vladimir Putin was not satisfied with the US plans either. He ordered to suspend the implementation of the bilateral agreement in October 2016, citing "a threat to strategic stability" emanating from the US and its inability to deliver on its obligations.

Putin's move came ahead of the US presidential vote, bringing the nuclear issue back to the agenda. "Our nuclear program has fallen way behind, and they [Russians] have gone wild with their nuclear program. Not good. Our government shouldn't have allowed that to happen. Russia is new in terms of nuclear. We are old. We're tired. We're exhausted in terms of nuclear. A very bad thing," then-Republican presidential candidate Donald Trump said during a debate with Hillary Clinton, who brought the deal into force as Secretary of State together with Russian Foreign Minister Sergey Lavrov in 2011.

US Consulting With IAEA to Dilute, Remove 6 Metric Tons of Plutonium