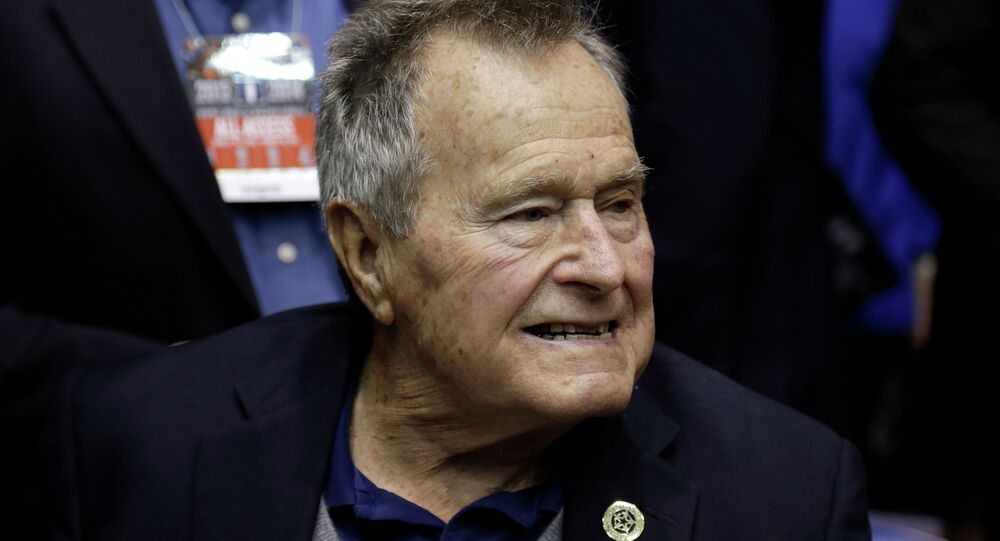 George H.W. Bush served as the 41st President of the United States from 1989 to 1993. US President Donald Trump has expressed condolences, praising Bush's "authenticity, disarming wit, and unwavering commitment to faith, family and country."

Former US President George H.W. Bush has died at the age of 94, a statement issued by a family spokesman read.

"George Herbert Walker Bush, World War II naval aviator, Texas oil pioneer, and 41st President of the United States of America, died on November 30, 2018. He was 94… Funeral arrangements will be announced as soon as is practical," the statement, published on Twitter by family spokesman Jim McGrath, read.

He is survived by sons George W. Bush (the 43rd president of the United States) and Jeb Bush (ex-governor of Florida).

His son George W. Bush, said in a statement, also released by McGrath, that the Bush family was "deeply grateful for 41st life and love, for the compassion of those who have cared and prayed for Dad, and for the condolences of our friends and fellow citizens."

In late April, he was taken to hospital with an infection that spread to his blood, soon after the funeral of his late wife Barbara Bush. He was suffering from Parkinson’s disease and couldn't walk on his own, instead relying on a wheelchair and a stroller.

Born on June 12, 1924, 'Bush senior' was the oldest living US ex-president. He served as the 41st president of the United States between 1989 and 1993. Bush had also been a decorated World War II veteran, Texas congressman, CIA director and Ronald Reagan's vice president.

US President Donald Trump has issued a statement, expressing condolences, and praising late Bush's "unflappable leadership," as well as the Republican politician's "authenticity, disarming wit, and unwavering commitment to faith, family and country."

The 44th president of the United States, Barack Obama, has stated that "America has lost a patriot and humble servant in George Herbert Walker Bush."

America has lost a patriot and humble servant in George Herbert Walker Bush. While our hearts are heavy today, they are also filled with gratitude. Our thoughts are with the entire Bush family tonight – and all who were inspired by George and Barbara’s example. pic.twitter.com/g9OUPu2pjY

In a statement issued early Saturday, Bush's successor, Bill Clinton said he would be "forever grateful" for the friendship he formed with the former president he turned out of the White House after one term.