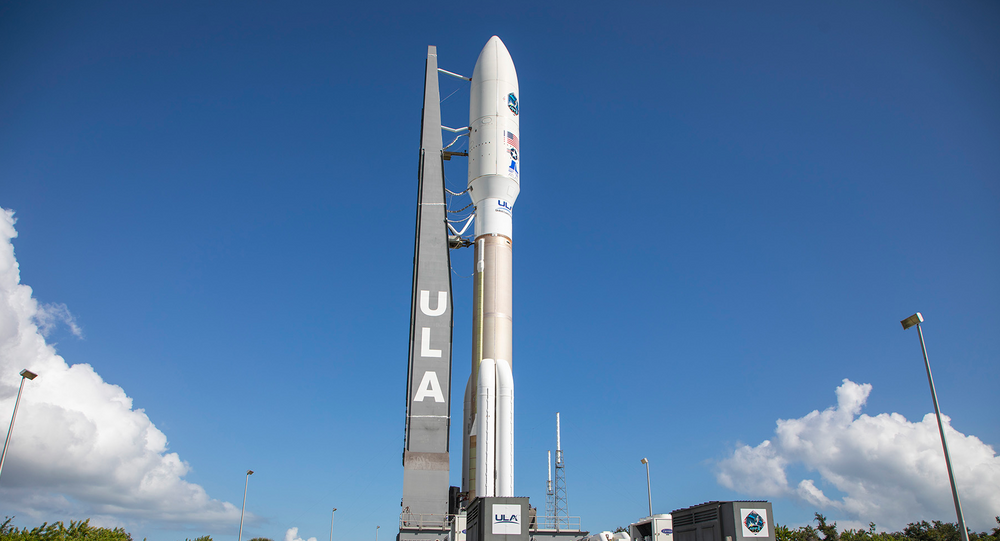 The Pentagon has spent the past few months rushing to prepare plans for an independent Space Force only to receive whole new marching orders from the White House.

It looks like an independent Space Force President Trump proudly announced in June may not become a fully-fledged sixth branch of the US military.

Instead, it may end up as part of the Air Force, Defense One online journal reported on Wednesday, citing well informed sources in the Pentagon.

© AP Photo
Creation of US Space Force May Cost Less Than $10Bln - Pentagon
According to the publication, Pentagon officials who have been working overtime for months towards a new military branch, have now been ordered by the White House to go back and look at different ways to reorganise the military’s space operations.

The officials, who spoke on the condition of anonymity, suggested that some in the Trump administration fear that the proposed independent Space Force might not receive Congressional support.

According to Defense One, all these options will be discussed by Vice President Michael Pence and First Deputy Secretary of Defence Patrick Shanahan on Thursday.

The DoD and the White House have refused to comment on information about new instructions regarding alternative options for the new force.

On June 18, President Trump said he had instructed the Pentagon to establish a sixth branch of the armed forces dedicated to protecting American interests in outer space.

‘When it comes to defending America, it is not enough to merely have an American presence in space. We must have American dominance in space’, Trump said in a speech before a meeting of the National Space Council at the White House.

‘I'm hereby directing the Department of Defense and Pentagon to immediately begin the process necessary to establish a Space Force as the sixth branch of the armed forces,’ Trump added.

Shortly after Trump announced the creation of the US Space Force, Air Force Secretary Heather Wilson issued a memo to airmen in which she cautioned that the process of establishing a new military branch will take time and that it could cost at least 13 billion dollars to turn the Space Force into a reality.