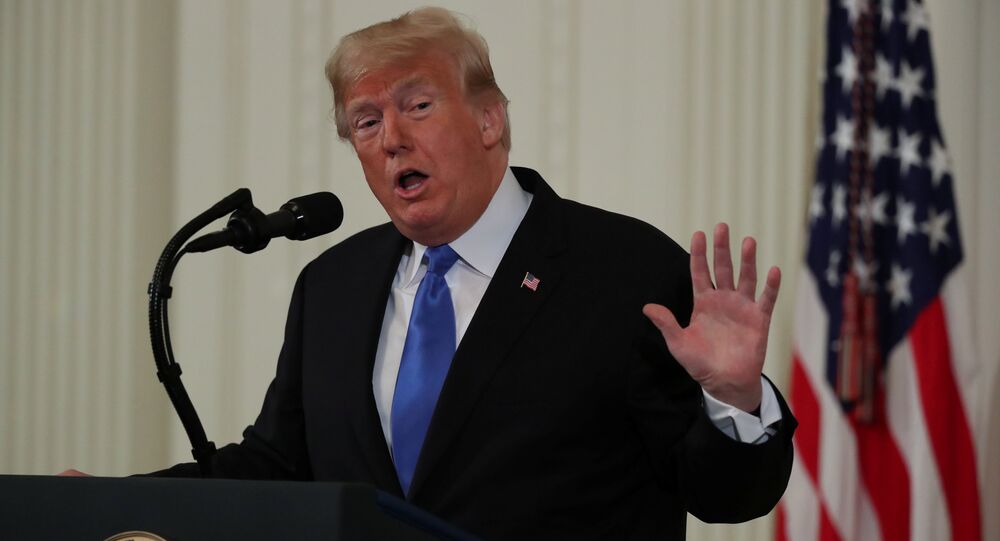 Earlier, Democrats considered launching a probe into the US president's statements about the murder of Jamal Khashoggi and alleged role of Saudi Arabia in it. Also, according to media reports, Democrats are planning to investigate Trump's alleged 'hush payoffs' in January, when they secure a majority in the lower chamber.

In an interview with The New York Post, US President Donald Trump has threatened to publish documents, which will show democrats in a bad light, if they persist in launching probes into his or his administration's activities, calling such practice 'harassment'.

'If they go down the presidential harassment track, if they want go and harass the president and the administration, I think that would be the best thing that would happen to me. I'm a counter-puncher and I will hit them so hard they'd never been hit like that', Trump said.

The US president noted that he can declassify documentation on FISA warrant applications, as well as other documents from Special Counsel Robert Mueller's investigation. Trump claims that these papers will prove the existence of a plot, organised against him jointly by the FBI, the US Justice Department (DOJ), and the Clinton campaign.

'I think that would help my campaign. If they want to play tough, I will do it. They will see how devastating those pages are', Trump added.

It's the second time that Trump has threatened to declassify documents from the Mueller probe. He initially planned to release FBI officials' James Comey and Andrew McCabe text messages, as well as papers on Peter Strzok, Lisa Page, and a DOJ official Bruce Ohr's connections with Christopher Steele in September, but changed his mind.

Trump and his administration have been dogged by various probes, with one lasting for over a year and a half, led by Special Counsel Robert Mueller, into alleged collusion between Trump's campaign and Russia. Democrats are also reportedly planning to launch other probes in January, when they get hold of the majority in the House of Representatives, namely into the alleged 'hush money' that Trump supposedly paid to a former adult film actress Stormy Daniels and Playboy model Karen McDougal.

Democrats also considered probing Trump for his statements about the killing of Saudi Journalist Jamal Khashoggi, when he said that the scandal will not affect US-Saudi strategic relations.