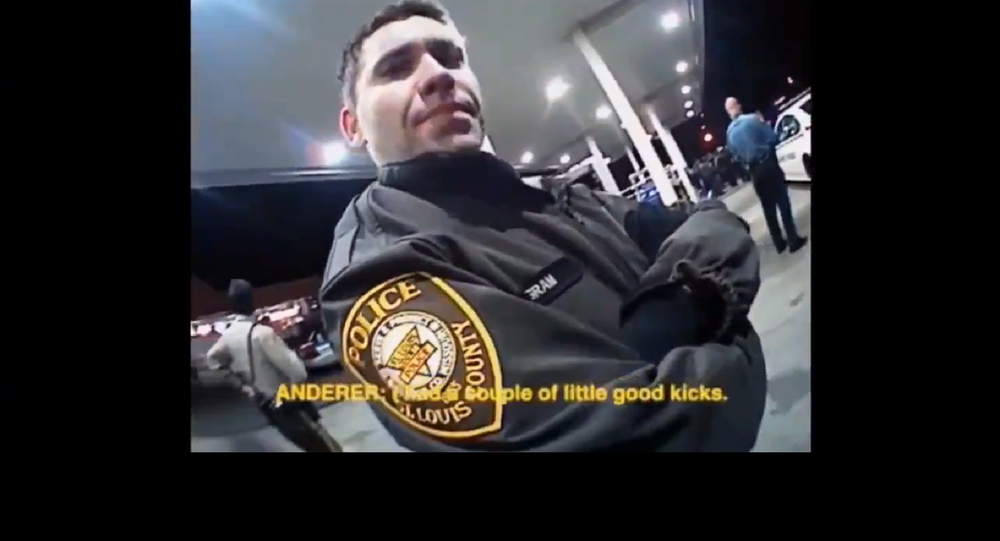 Just four months after the police killing of Michael Brown in Ferguson, Missouri, in 2014, police in Berkeley, a town that shares a border with Ferguson, bragged about kicking protesters and unloading large amounts of chemical munitions on them.

Video from just under four years ago showing the arrest of Bruce Franks Jr. at a protest that was held hours after police fatally shot another 18-year-old black man, Antonio Martin, on December 24, 2014, was released by Franks on Sunday.

Franks was elected as a state representative in 2016 and is now suing multiple police departments involved in his Christmas Eve 2014 beating while he was being compliant.

"As I continue to see police brutality locally and nationally, I wanted to share the unfiltered reality of these interactions, so I am releasing footage from the 2014 protest," Franks said in a statement.

Franks said he was not releasing the footage to "fuel tensions but to bridge gaps."

"This happened to me, but I'm not an anomaly," he tweeted.

A lawsuit filed by the Arch City Defenders activist group in 2016 claimed that Franks was kicked and beaten. The footage released by Franks on Sunday corroborates that account, and shows police bragging about kicking protesters.

The video starts with police barking orders at protesters as explosions from an unknown crowd control weapon illuminate the scene.

Police can be seen manhandling Franks while he screams that he is "not fighting." One officer can then be seen from a different angle kicking him.

After police took apparent control of the situation, Officer Timothy Anderer says that he used mace on the protesters. He can be heard complaining about "one of the f**king white b***hes" being "on my a**" after she saw him "spraying everybody."

Officer David Steinmeyer then says he got a "couple good licks in on somebody."

Anderer complains that the gas station where the arrests occurred is a "terrible place to fight people" because of all the "f**king lights."

He then says a man was kneeling down when he "f**king kicked him like there was no f**king tomorrow."

Another officer asks Anderer if he got in any "stick time," likely referring to hitting people with a baton.

"No, but I went through a whole bottle of mace," Anderer replies, adding he had "a couple little, good kicks."