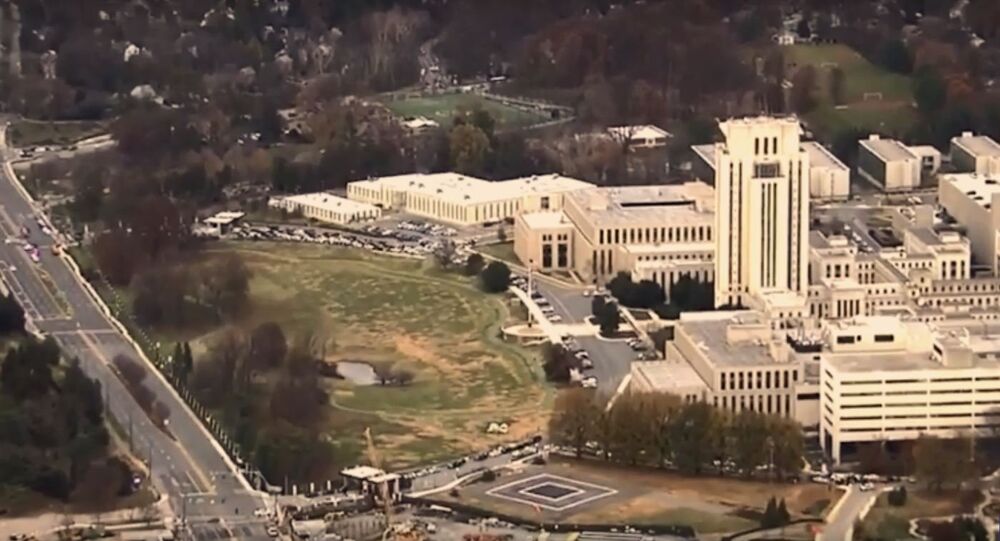 1520, UPDATE: The all clear has been given. No active shooter was found. Personnel may now move freely about the base.

Earlier Tuesday, NSA Bethesda tweeted that there had been reports of shots fired in the basement of Building 19 of the hospital complex. The entirety of the medical campus was placed on lockdown, with no one allowed in or out until the facility had been cleared.

Building 19 is the "America" building, the building closest to the north entrance to the campus. It is part of the hospital complex and contains both reception and fitness services, according to NSA.

ABC 7 reported that multiple 911 callers said they heard shots while sheltering in place.

​Maryland Congressman Dutch Ruppersberger tweeted from inside a conference room in the medical center about the situation. A subsequent update on his account noted he was sheltering in a back room and that the mood was calm, although none present regarded the incident as a drill.

I am currently at Walter Reed Medical in Bethesda where we've been told there is an active shooter. I am currently safe in a conference room w/ approx 40 others.

Local news reported on a huge police response to the medical facility, which sits across the street from the National Institutes of Health, just outside the city limits of Washington, DC.

​A user inside the complex posted video of a police unit entering a nearby building with heavy protection, including a riot shield.

​Another user supplied much more close-up footage of the SWAT team:

​Traffic on nearby Wisconsin Avenue/Rockville Pike was blocked between Cedar Lane and Jones Bridge Road near the expansive Walter Reed campus, with police directing drivers to side streets.

No Indication of Shooting at US Naval Base's Medical Center