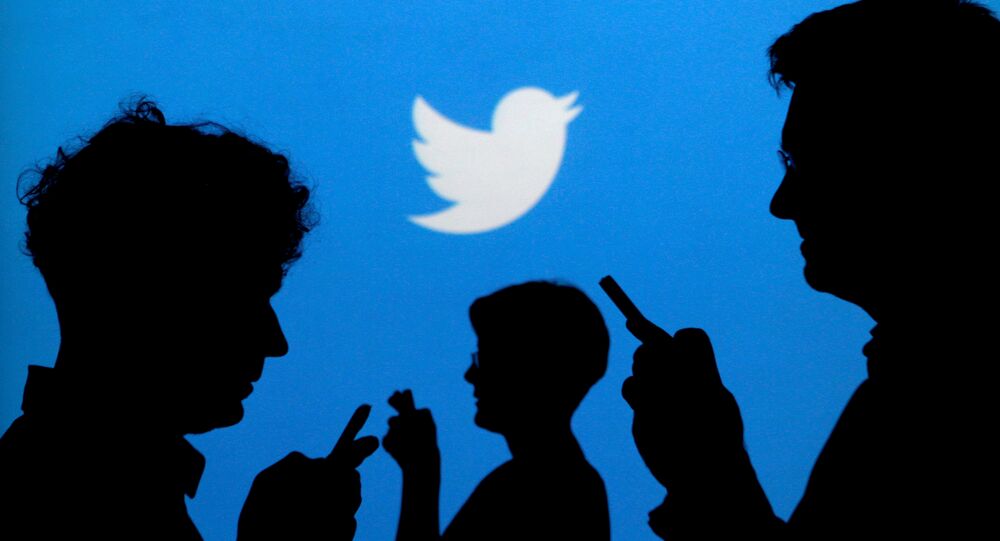 Twitter has permanently banned a right-wing activist, citing “hateful conduct,” over a tweet containing a reference to a newly-elected US lawmaker.

Laura Loomer, a US right-wing political activist and avowed conspiracy theorist, has been permanently banned from Twitter for her views on Ilhan Omar, the Minnesota Democratic Representative-elect.

Omar is one of the first Muslim women to be elected to US Congress, according to the Hill.

"Isn't it ironic how the twitter moment used to celebrate ‘women, LGBTQ, and minorities' is a picture of Ilhan Omar?" Loomer tweeted, part of the tweet got her permanently banned from the social media platform.

© REUTERS / Lucas Jackson
InfoWars' Alex Jones Talks Brexit, Freedom of Speech in US, Political Correctness
"Ilhan is pro Sharia Ilhan is pro-FGM Under Sharia, homosexuals are oppressed & killed. Women are abused & forced to wear the hijab. Ilhan is anti Jewish," she added, according to a screenshot provided by videographer Sean Campbell.

"You may not promote violence against, threaten, or harass other people on the basis of race, ethnicity, national origin, sexual orientation, gender, gender identity, religious affiliation, age, disability, or serious disease," the Twitter policy details.

I strongly dislike Laura Loomer. She even has me blocked. But, she should not be suspended for what she tweeted. Twitter is slowly banning right wingers. It started at the fringes and is now creeping to the center-right. pic.twitter.com/ZI49Q2R8Tp

​Videographer Campbell declared the ban to be "absolutely absurd and censorship at its core."

Earlier In November, Twitter suspended Loomer for a week ahead of 2018 midterms, not specifying a reason for the ban, the Daily Dot reported. The suspension followed a confrontation with Twitter CEO Jack Dorsey during a congressional hearing in September.

Guess which one was banned pic.twitter.com/hP8ZR033Xi