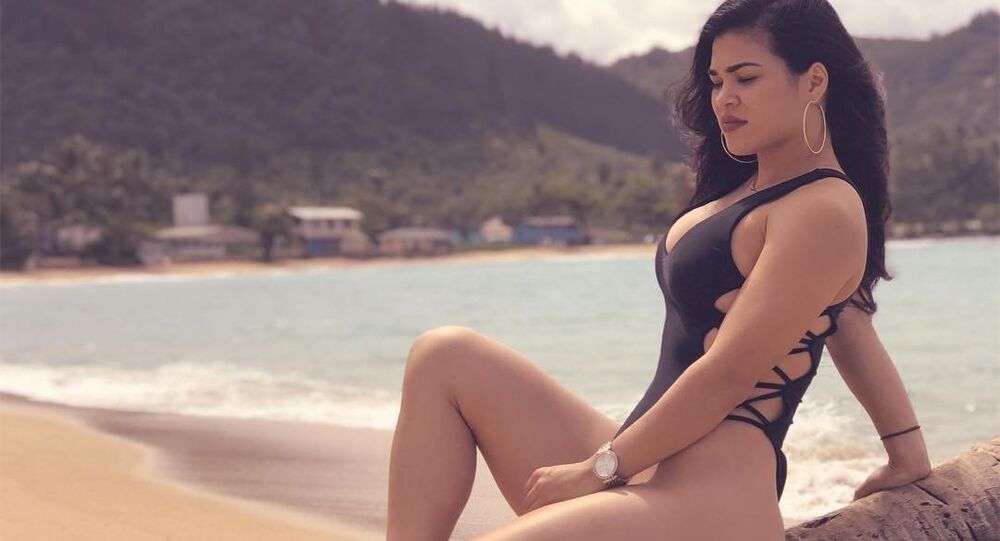 'I Coughed Up Blood': UFC Star Reveals Shocking Details of Her Husband's Attack

A married couple of MMA fighters reportedly had a bout of their own; the wife ended up with a broken orbital bone and her better half punched his way to a temporary restraining order.

UFC star Rachael Ostovich, 27, has opened up on a violent incident in which she was beaten by her husband, Arnold Berdon, and left with a fractured orbital bone.

"After a night out with family, [Arnold Berdon] punched me repeatedly on the head, face, ribs, making me fall to the ground," Rachael says in her petition for a restraining order, seen by TMZ.

"I gasped for breath and escaped thru [sic] balcony. I coughed up blood, threw up sev. times. Cracked orbital."

Ostovich has been granted a restraining order, perhaps due to her claims that Berdon had physically abused her in the past.

Arnold Berdon, also an MMA fighter, was arrested Tuesday on second-degree attempted murder charges, and faces a life sentence. Ostovich was rushed to a Hawaii hospital with serious facial injuries, which forced her out of the much-anticipated scheduled fight with another UFC icon, Paige Vanzant.

Berdon, who has won seven out of the nine bouts he's had so far during his MMA career, remains in police custody in Honolulu and is awaiting trial, where bail could potentially be set.

Ostovich shot to fame after partaking in the reality show The Ultimate Fighter. So far, she has had eight professional bouts, consisting of four wins and four defeats.