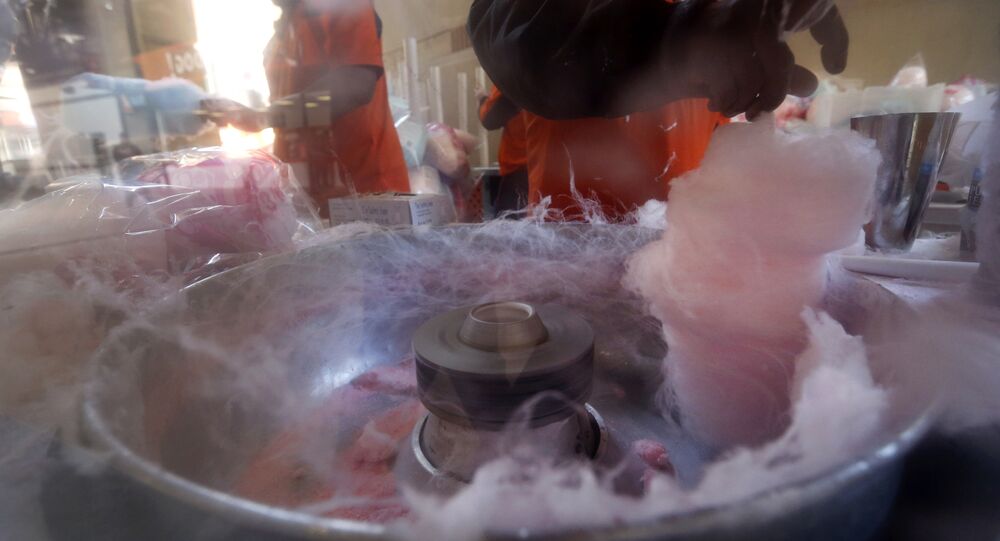 Georgia woman Dasha Fincher has sued her county, the two deputies that arrested her for possession of methamphetamine and the company that manufactured the drug test after she spent four months in jail due to a false positive.

The officers had not been trained to administer the test, which was provided by a company called Sirchie Acquisitions. The company's Nark II drug field testing kit has been used to wrongfully convict at least 30 people, local media reported in July. False positives included a man's breath mints being read as crack cocaine, a teacher's headache medication testing positive for cocaine and a couple's vitamins testing positive for ecstasy.

In the case of Fincher, the ‘meth' discovered on her was nothing more than cotton candy. But even after it was revealed in March 2017 that lab test results showed it was not an illegal drug, she stayed in jail for another whole month before her charges were dropped.

She was charged with meth trafficking and possession of the drug with the intent to distribute it. Her bond was set at $1 million, which she was unable to pay.

According to the woman's lawsuit, she was pulled over on New Year's Eve in 2016 because of her vehicle's dark window tint, the deputies said. The windows turned out to be totally legal, but the deputies saw a bag of cotton candy and ran the faulty field test on it.

Sirchie Acquisitions says that their kits' results are "presumptive" and should be backed up by lab tests.

Lab tests also exonerated the man charged for his breath mints, the teacher with the headache medicine and the couple with vitamins.

In 2016, Sputnik News reported that "tens of thousands" of people in the United States have been falsely arrested on drugs charges because of popular $2 testing kits used by police. Included in the number of people who were falsely arrested were people who even wound up pleading guilty to their drug charges despite their innocence.

Sirchie was one of the three largest manufacturers contributing to that phenomenon.

In 2000, the Department of Justice issued guidelines calling for packaging of field test kits to include "a statement that users of the kit should receive appropriate training in its use and should be taught that the reagents can give false-positive as well as false-negative results," but Sirchie had not yet included any such disclaimers.

Moreover, the state of Georgia does not require officers be trained in administering field tests.