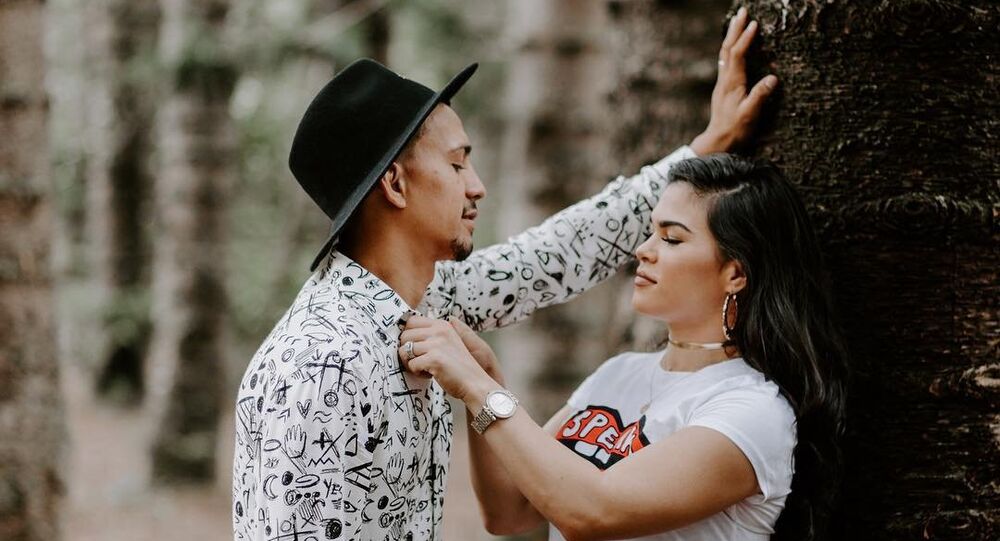 Arnold Berdon, Rachael Ostovich’s husband and father of her little daughter, is currently in custody in Honolulu on suspicion of domestic violence against his better half, which is something he is reportedly set to vigorously deny in a court of law.

UFC fighter Rachael Ostovich’s husband, who is also an MMA fighter, has been arrested on 2nd degree attempted murder charges days after reportedly breaking the orbital bone of his wife and mother of his child.

Ostovich was hospitalised over the past weekend with serious facial injuries, which made her pull of the much-anticipated scheduled fight with another UFC icon, Paige VanZant, slated for 19th January.

Ostovich’s husband, 27 year-old Arnold Berdon, is alleged to have assaulted her, which prompted Honolulu police to subsequently open a domestic violence investigation. Ostovich was shortly released from hospital, and she then joined her family after having been issued a temporary restraining order against her husband, which prohibits contact with him, while she seeks some privacy until the matter is resolved, according to Brian Butler, the founder and CEO of the portal Suckerpunch.

Berdon, a winner in seven out of the nine bouts he’s had so far during his MMA career, is currently in custody at the Honolulu PD main station and is awaiting trial, where bail could potentially be set. A family member of his told TMZ that he is poised to strike back against any allegations that he assaulted his wife and will appeal should the court rule to keep him behind bars.

If convicted, Berdon could face life in prison with the possibility of parole. As soon as the manhunt was launched, he took down his social media accounts, which many netizens immediately took note of, sharing their sympathies with the allegedly assaulted woman and praising her sporting achievements and looks.

Ostovich shot to fame after partaking in the reality show The Ultimate Fighter. So far, she boasts eight professional bouts, consisting of four wins and four defeats.