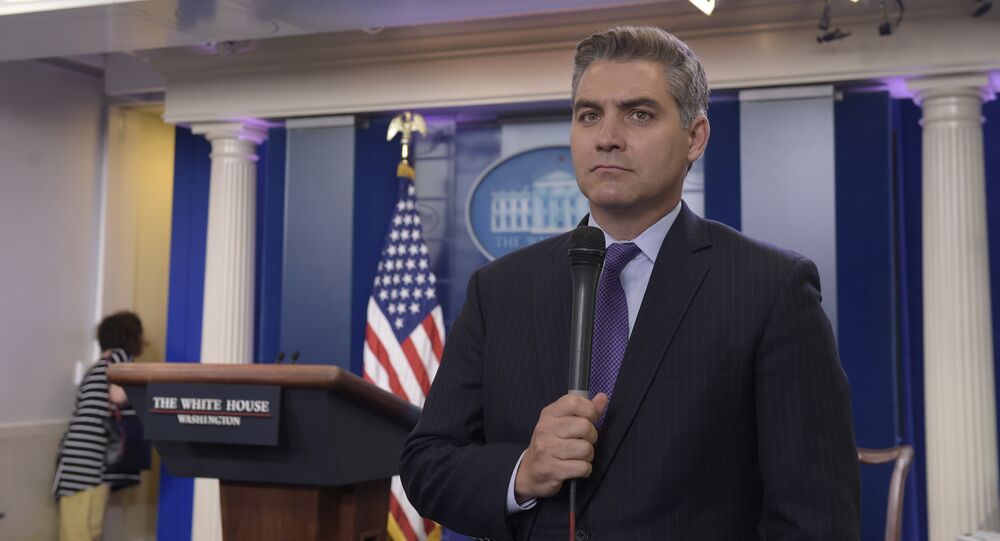 Earlier Monday, CNN requested an emergency hearing at a US District Court after the White House indicated it would revoke reporter Jim Acosta's press pass once a 14-day injunction expired at the end of the month. By the afternoon, a new letter from the White House to Acosta announced his fully restored press pass, albeit with new rules as well.

Twitter/Yahoo
'Let's Go Back to Work': Acosta Thanks Judge for Decision to Temporarily Restore His Press Pass to White House
"Having received a formal reply from your counsel to our letter of November 16, we have made a final determination in this process: your hard pass is restored," the White House letter said. "Should you refuse to follow these rules in the future, we will take action in accordance with the rules set forth above. The President is aware of this decision and concurs."

The letter reportedly went on to elaborate those rules, including that at presidential press conferences, reporters can only ask a single question and follow-ups will only be permitted "at the discretion of the President or other White House officials," CNN said.

Failure to abide by these rules "may result in suspension of revocation of the journalist's hard pass," the letter states.

Per White House letter to Acosta on Nov. 19, here are the new rules for press conferences at the White House. pic.twitter.com/a6C2pmLv2K

​Following an incident on November 7 when Acosta pressed US President Donald Trump with repeated follow-up questions and refused to surrender the microphone, the White House pulled his press pass. Trump later called Acosta's behavior distracting and disrespectful. A lawsuit resulted in Judge Timothy Kelly of the District Court for the District of Columbia granting a 14-day injunction on Acosta's pass revocation last Friday. However, the Trump administration immediately indicated its intention to re-revoke that pass once the court order expired.

​CNN tweeted Monday afternoon that "the @WhiteHouse fully restored @Acosta's press pass. As a result, our lawsuit is no longer necessary. We look forward to continuing to cover the White House."

The Jim Acosta Liberation Struggle Comes to a Decisive End...Assange Who?