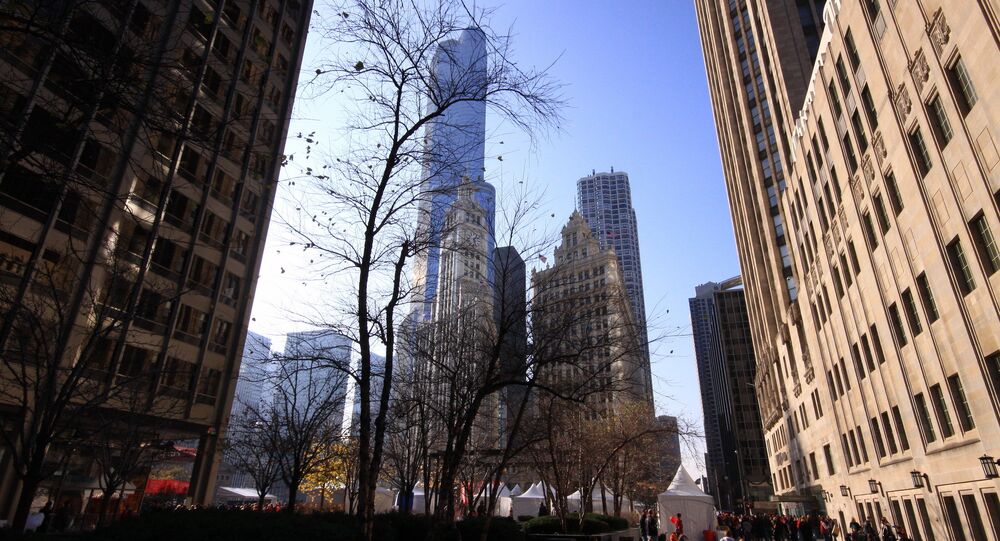 The incident in one of Chicago's most towering buildings was dubbed “precarious” and prompted an investigation into the case, in which six restaurant diners awaited the end of a 2.5-hour rescue operation at a literally vertiginous height.

A lift in a landmark Chicago skyscraper at 75 North Michigan Avenue dived 84 floors before abruptly stopping just 11 or 12 storeys from the ground, thereby ensuring the safety of 6 people, including a pregnant woman, trapped inside it.

Seconds before the incident, the passengers had left a restaurant on the building’s dizzying 95th floor and entered the lift, when one of the cables malfunctioned and the car fell at a hair-raising speed.

“We were going down and then I felt that we were falling down, and then I heard a noise: clack clack clack,” one of the survivors, 50-year-old tourist Jamie Montemayor, told CBS Chicago, adding that he was initially certain that they were going to die.

Some reportedly gave in to strong emotions, starting to scream and cry.

Firefighters immediately reacted to reports of the matter, but it took them no less than two hours to work their way through a wall more than 10 storeys above the ground from a parking lot to reach the people stuck inside. One of the cables was found to be snapped, whereas the others were luckily still attached, preventing the deadly fall.

“It was a pretty precarious situation where the cables that broke were on top of the elevator,” Chicago Fire Department Battalion Chief Patrick Maloney commented.

A Chicago Buildings Department spokesman told the Tribune that the elevator had been last inspected in July and the cause of the dangerous malfunction would be looked into under a now launched probe.