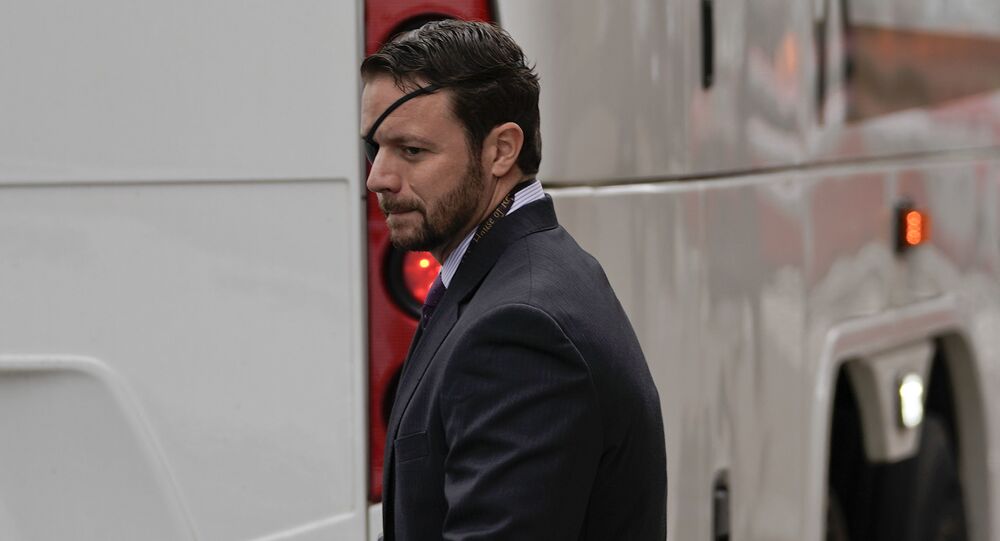 Representative-elect Dan Crenshaw (R-Texas), a former Navy SEAL, cautioned a CBS News panel against referring to US President Donald Trump's “attacks” on the press, saying, “I was literally attacked.”

“Let's choose our words carefully," Crenshaw said, while participating in a heated CBS News panel debate on Sunday over how Trump “undermines democracy” with his “attacks” on news media, the Hill reported.

“I would argue that our president is consistently disruptive in […] press conferences and I would argue that he treats [the press] with disrespect,” Representative-elect Chrissy Houlahan (D-Penn.) said, arguing that Trump sets a bad example for how members of the professional media should be treated.

Crenshaw asked how poor treatment could be defined as an “attack” on the press, to which Houlahan responded that Trump literally “attacks the press.”

“Oh, I’ve literally been attacked,” Crenshaw responded, adding, “let’s choose our words carefully.” Crenshaw wears an eyepatch due to an injury he sustained while serving in the US military in Afghanistan.

Houlahan did not respond directly to Crenshaw's point, noting instead that in the context of media access to a US president, Trump’s “language is an attack.”

© AP Photo / David Guttenfelder
'What a Douche': SNL Comedian Knocked for 'Sick' Mockery of GOP Vet Who Lost Eye in Afghanistan
Earlier this month, the Texas Republican was mocked by comedian Pete Davidson during a Saturday Night Live segment about the 2018 November midterm elections. Crenshaw appeared on the show the next week, graciously accepting Davidson's apology and making a plea for civility and understanding, particularly toward US military veterans.

The CBS panel had been assembled to discuss a federal judge’s order to the Trump administration to reinstate the press credentials of Jim Acosta, CNN's chief White House correspondent, whose press pass was pulled after Trump and Acosta engaged in a heated verbal exchange during a news meeting.

The judge’s order came after CNN filed a lawsuit and the White House Correspondents' Association filed an official complaint noting that “the ability of the press to question vigorously and regularly elected officials and to report freely on the activities of these officials is fundamental to our democracy,” cited by Forbes magazine.