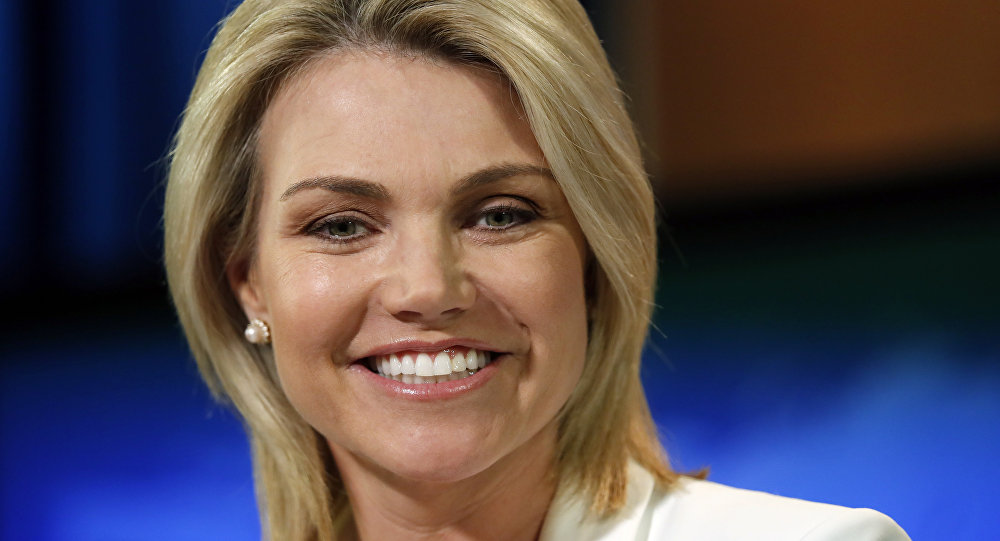 MOSCOW (Sputnik) - Washington has not come to a final conclusion in the case of the murder of Saudi journalist Jamal Khashoggi despite CIA intelligence reports and media statements, US State Department spokeswoman Heather Nauert said late on Saturday.

On Saturday, the Washington Post newspaper, where Khashoggi worked as a columnist, reported that the Central Intelligence Agency (CIA) concluded that Saudi Crown Prince Mohammed bin Salman ordered the killing of the opposition journalist in Istanbul despite Riyadh’s claims that the prince had no involvement.

“The United States government is determined to hold all those responsible for the killing of Jamal Khashoggi accountable. Recent reports indicating that the U.S. government has made a final conclusion are inaccurate. There remain numerous unanswered questions with respect to the murder of Mr Khashoggi. The State Department will continue to seek all relevant facts. In the meantime, we will continue to consult Congress, and work with other nations to hold accountable those involved in the killing, ” Nauert told reporters.

The spokeswoman went on to call the recent introduction of US sanctions against 17 Saudi nationals under the Global Magnitsky Human Rights Accountability Act “decisive.”

“We will continue to explore additional measures to hold those accountable who planned, led and were connected to the murder. And, we will do that while maintaining the important strategic relationship between the United States and Saudi Arabia,” Nauert underlined.

At the same time, White House Press Secretary Sarah Sanders said late on Saturday that US President Donald Trump has discussed the Khashoggi case over the phone with State Secretary Mike Pompeo and CIA Director Gina Haspel in his plane while en route to meet with the people affected by wildfires in California.

Khashoggi disappeared on October 2 after entering the Saudi consulate in Istanbul. Saudi Arabia's acknowledgement that the journalist had been killed in a fight inside the consulate came after two weeks of denials and growing pressure from Western allies to provide explanations.