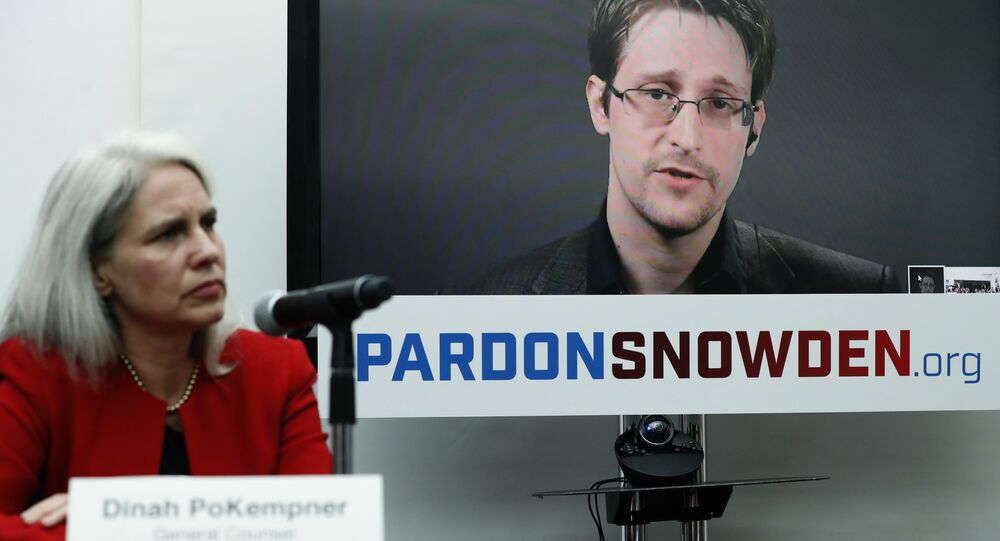 The former NSA contractor, who faces capital punishment in the US for leaking classified information on numerous US secret surveillance programmes, voiced his support for the WikiLeaks founder after it came to light that US authorities are apparently poised to indict Julian Assange.

Edward Snowden, who has been granted political asylum in Russia, has voiced his concern about the dangerous precedent for stifling press freedom which could emerge from the US Justice Department’s alleged plans to prosecute WikiLeaks founder Julian Assange.

If you would deny a thing to your enemy, it is not a right. What do you stand for?

​The Freedom of the Press Foundation, where Snowden is a board member, also issued a statement condemning the possible indictment of Julian Assange, whose website published a classified Iraqi dossier revealing that the US killed civilians during the country's 2003 invasion and subsequent occupation. Trevor Timm, executive director of Freedom of the Press Foundation, cited a profound threat to press freedom if any charges are brought against WikiLeaks for their publishing activities.

“Whether you like Assange or hate him, the theories used in a potential Espionage Act prosecution would threaten countless reporters at the New York Times, Washington Post, and the many other news outlets that report on government secrets all the time. While everyone will have to wait and see what the charges detail, it’s quite possible core First Amendment principles will be at stake in this case,” his statement reads.

Earlier this week, it came to light through what is believed to be an accident that there’s a sealed complaint against Assange, as the US Department of Justice is gearing up to prosecute the whistleblower. It is now "optimistic" about the prospect of securing his release to US authorities, a new report suggests. According to the Wall Street Journal, prosecutors have weighed several types of charges against the journalist, who has resided in self-imposed exile at the Ecuadorian Embassy in London since 2012.

Assange was granted asylum there under former Ecuadorian President Rafael Correa to avoid prosecution by the Swedish authorities in a sex assault case. The sex offence charges against Assange were eventually dropped but the whistleblower has remained in the mission due to fears that he might be seized by the UK authorities and extradited to the United States. There, he is wanted for leaking classified documents on the Iraqi War. However, since Correa left office in May 2017, Assange has faced new restrictions at the embassy.

Edward Snowden, who leaked classified information on numerous US secret surveillance programs in 2013, faces espionage charges in the US and may face life imprisonment or even capital punishment if ever tried on US soil. The political asylum he received from Russia later that year is expected to expire in 2020 unless extended.