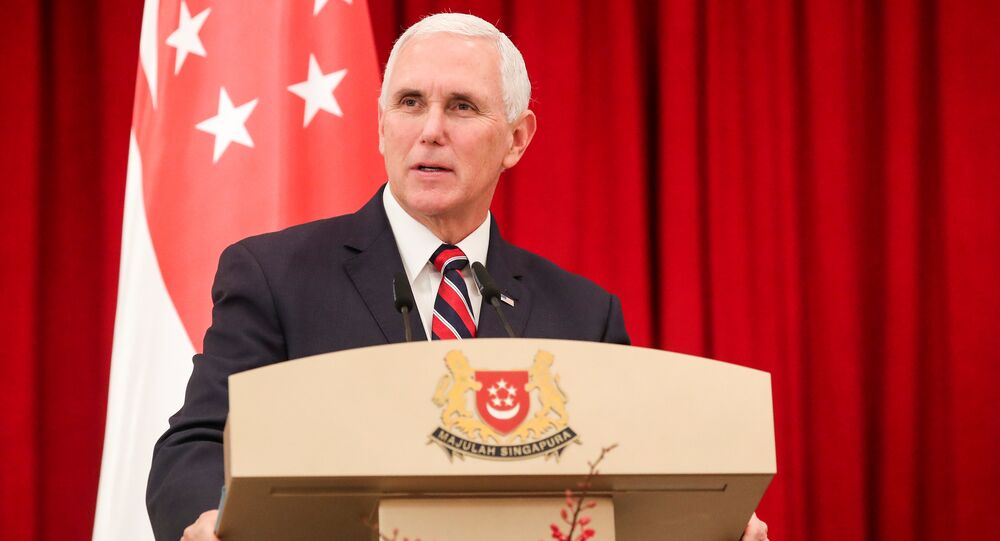 The United States will not back down from its trade dispute with China, and could double import duties unless Beijing complies with Washington's demands, the US Vice President said at the Asia Pacific Economic Co-operation (APEC) summit in Papua New Guinea.

Pence delivered a speech on trade and security in the region on Saturday, a day after US President Donald Trump said he is still hoping for a trade deal with China and may not impose more tariffs. China had sent the United States a list of measures it was willing to take to resolve the tensions.

“We have taken decisive action to address our imbalance with China. We put tariffs on $250 billion in Chinese goods, and we could more than double that number,” Pence declared, adding that “The United States, though, will not change course until China changes its ways.”

“China has taken advantage of the United States for many years. Those days are over,” he told APEC delegates.

© REUTERS / Jason Lee
Trade Representative Denies Claims US Put Upcoming China Tariffs on Hold
The US Vice President also slammed Chinese ambitions in the Pacific, referring to Chinese President Xi’s Belt and Road Initiative to expand land and sea links between Asia, Africa and Europe through the billions of dollars in infrastructure investment, saying that the US “doesn’t offer constricting belts or a one-way road”.

“We will continue to fly and sail where every international law allows and our interests demand. Harassment will only strengthen our resolve,” he said.

His remarks came right after Chinese President Xi Jinping had spoke on the Belt and Road Initiative and the need for free trade across the region.

“It is not an exclusive club closed to non-members, nor is it a trap as some people have labelled it,” Xi said of his project, adding that protectionism is a “short-sighted approach” that was “doomed to fail”.

“History has shown that confrontation, whether in the form of a Cold War, hot war, or trade war will produce no winners,” said Xi, cited by Reuters.

Trump has imposed tariffs on $250 billion worth of Chinese imports to force concessions on a list of demands that would change the terms of trade between the two countries. China has responded with retaliatory import tariffs on US goods.