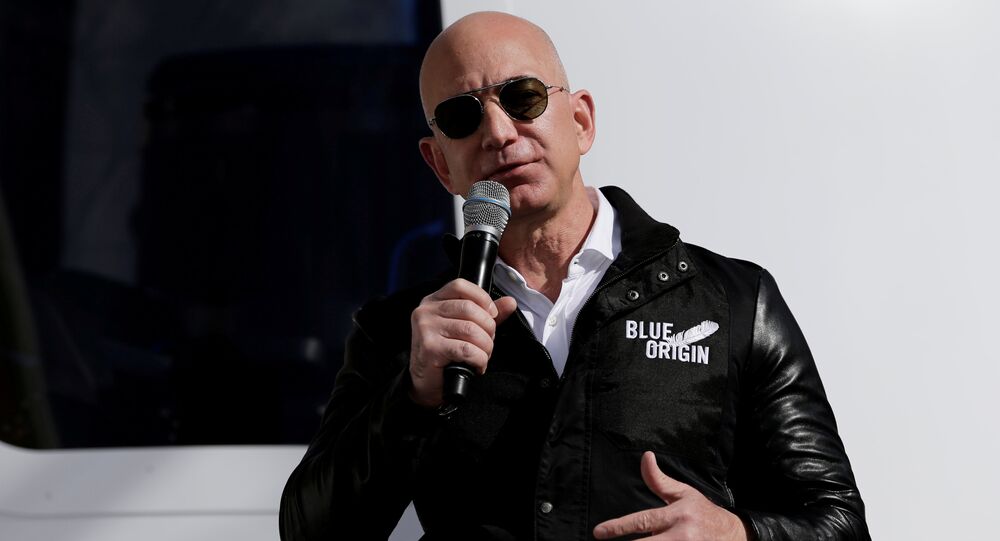 Jeff Bezos, the tech company’s founder and CEO, made a surprise warning to his stuff, pointing to the bankruptcy of Sears, one of Amazon’s major competitors.

Bezos, the world’s richest man, said that his Amazon company, which is currently valued at just short of $1 trillion, could one day meet its own end, CNBC reported, citing an audio record of the address.

READ MORE: Bezos Takes Amazon to DC and NYC: Who Will Benefit?

“Amazon is not too big to fail … In fact, I predict one day Amazon will fail. Amazon will go bankrupt. If you look at large companies, their lifespans tend to be 30-plus years, not a hundred-plus years,” Bezos told his staff.

Bezos also emphasized that in order not to meet the same fate as Sears, which was once the world’s largest retail chain and declared bankruptcy in October, Amazon should “obsess over customers.”

“If we start to focus on ourselves instead of focusing on our customers, that will be the beginning of the end. We have to try and delay that day for as long as possible,” he said.

© AP Photo / Mike Groll
Mayor: Amazon’s New Headquarters in New York to Bring City Over $13Bln in Taxes
The CEO’s words came after a tough week for the company. On Tuesday Amazon announced the location of its two new headquarters – one in Queens, New York, and another in Arlington, Virginia. Several cities offered billions of dollars in subsidies and investments to host Amazon. However, New York residents were outraged by the size of the corporate welfare package offered to Amazon.

“The governor and the mayor have decided to throw Jeff Bezos almost $3 billion in subsidies and tax breaks – and throw in a helipad so he doesn’t have to take the damn 7 train,” said city councilman Jimmy Van Bramer.

Amazon also became a subject in an antitrust investigation by European regulators into the company’s use of data. In the US, where Amazon is shortly expected to account for 50 percent of all e-commerce, there have been calls to break the company up. The company has also been criticized by US President Donald Trump, who has threatened investigations over Amazon’s taxes and use of the postal service.

Bezos Takes Amazon to DC and NYC: Who Will Benefit?