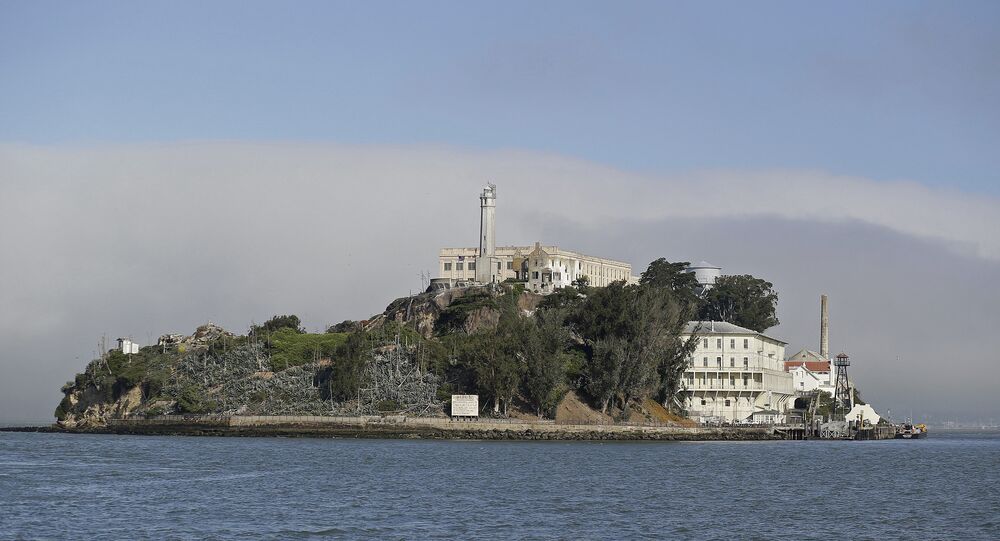 Almost 60 years since a trio of inmates at the notorious Alcatraz penitentiary staged one of the most daring prison escapes in history, the US Federal Bureau of Investigation has crafted replicas of the decoy heads they used to distract guards.

On November 15, authorities unveiled 3D-printed copies of the dummy craniums prisoners Frank Morris and John and Clarence Anglin constructed with soap, plaster and human hair to facilitate their flight from the San Franciscan island, a conspiracy six months in the making. On the night of June 11 after 'lights out', the plucky trio placed the decoys in their beds and climbed through a wall to make their escape across the frosty, turbulent waters of San Francisco Bay via an improvised raft. The escapees were never found.

While the FBI has concluded on the balance of probabilities the men didn't make it to the US mainland and died en route, it was the only successful escape bid in the history of Alcatraz, a maximum security prison that hosted many of America's most infamous criminals, and convicts with a history of fleeing jail — and the US Marshals Service file on the case remains open and active.

Speaking to Associated Press, Don O'Keefe, US marshal for the Northern District of California, said authorities are investigating any and all credible leads.

"Some may believe we're chasing shadows, but our efforts are meant not just to perform due diligence, but to be a warning to other fugitives that US Marshals don't give up because of the passing of time," he said in a statement.

The replicas were made to share with the public because the original decoys are fragile and evidence in the still-open investigation. A team from the FBI's laboratory in Quantico, Virginia, traveled to San Francisco to scan the original decoys, and employees at the lab donated their own hair to accurately recreate the original items, which included human hair the inmates had collected from the prison barber shop.

Morris was a career criminal who had convictions for narcotics possession and armed robbery by 13 — he also had an IQ of 133, placing him in the top two percent of the population in intelligence terms. He was sent to Alcatraz after police captured him while committing a burglary, not long after he escaped from Louisiana State Penitentiary, where he was serving a 10-year sentence for bank robbery. 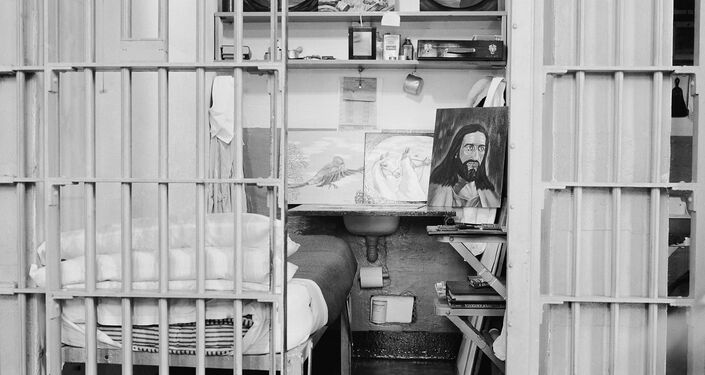 © AP Photo
Cell of one of the several prisoners permitted to do oil paintings at Alcatraz Federal Penitentiary, in San Francisco Bay, Calif., March 16, 1956. (File)
The Anglin brothers were serial bank robbers whose exploits had landed them 20-year sentences — after numerous attempts to escape from a series of prisons, they were transferred to Alcatraz in 1960.

The four inmates began formulating an escape plan, under the leadership of Morris, after they were assigned adjacent cells December 1961. Working at night over the next half-year, they gradually widened ventilation duct openings in their cell walls using saw blades discarded on the prison grounds, spoons stolen from the commissary, and a drill improvised from the motor of a broken vacuum cleaner. They concealed the holes with cardboard and paint, and their work noise with accordion playing.

The widened holes opened into an unguarded utility corridor behind the cell tier. From the corridor they climbed to the roof of their cell block, inside the building, where they set up a small workshop a assembled a variety of stolen and donated materials, including more than 50 raincoats they crafted into makeshift life preservers, based on a design they saw in Popular Mechanics, and a 1.8 by 4.3 meter rubber raft, carefully stitched together and sealed with heat from nearby steam pipes. The distracting accordion was used as a bellows to inflate the raft, makeshift paddles were built from scrap wood and stolen screws. 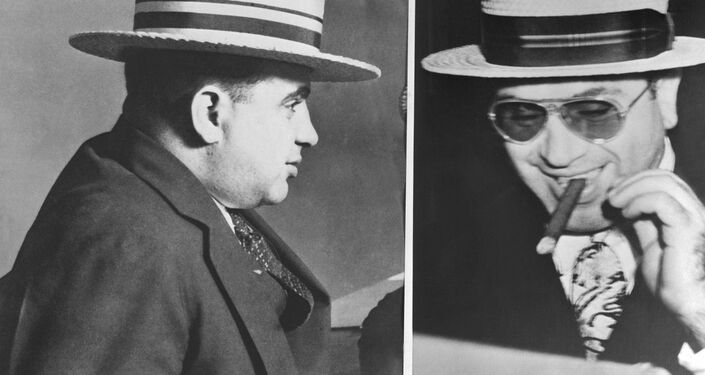 On the evening of the escape, Morris and the Anglins climbed the ventilation shaft to the roof. Guards heard a loud crash as they broke out of the shaft, but as there were no further noises, the source was not investigated. Hauling their gear with them, they descended 15 meters to the ground by sliding down a kitchen vent pipe, then climbed two 3.7 meter-high barbed-wire perimeter fences. At the northeast shoreline, near the power plant — a blind spot in the prison searchlight and gun tower network — they inflated their raft and fled flor Angel Island, two miles to the north.

The trio are far from the only criminals to escape in elaborate fashion. Ted Bundy, perhaps the world's most famed serial killer, managed to evade authorities on two separate audacious occasions. In June 1977, after he was transferred to Aspen for the murder of Caryn Campbell, he was taken to a county courthouse for a preliminary hearing in the case — as Bundy had elected to serve as his own attorney, he was excused by the judge from wearing handcuffs or leg shackles.

During a recess, he asked to visit the courthouse's law library to research his case — there, he opened a second-story window and jumped to the ground, spraining his right ankle as he landed. After shedding an outer layer of clothing he walked through Aspen as roadblocks were being set up on the city's outskirts, then hiked southward onto Aspen Mountain. Despite a vast manhunt, he was caught six days later largely serendipitously, after two officers saw the stolen car he was driving weaving over roads erratically.

© AP Photo / Marco Ugarte
A motorcycle adapted to a rail sits in the tunnel under the half-built house where according to authorities, drug lord Joaquin "El Chapo" Guzman made his escape from the Altiplano maximum security prison in Almoloya, west of Mexico City, Thursday, July 16, 2015
Back in jail, Bundy ignored the advice of friends and legal advisors to keep quiet — the case against him was weak and deteriorating steadily as pretrial motions consistently resolved in his favor and significant bits of evidence were ruled inadmissible. Instead, he crafted a new escape plan.

He acquired a detailed floor plan of the jail and a hacksaw blade from other inmates, and accumulated US$500 in cash, smuggled in over a six-month period by visitors — during the evenings, while other prisoners were showering, he sawed a hole roughly 30 centimeters square between the steel reinforcing bars in his cell's ceiling and was able to wriggle through it into the crawl space above.

© AP Photo / Rebecca Blackwell
El Chapo Says Extradition to US Was Illegal, Prison Conditions ‘Torture’
After a series of practice runs over the next few weeks, on the night of December 30, with most jail staff on Christmas break and nonviolent prisoners on furlough with their families, Bundy piled books and files in his bed, covered them with a blanket to simulate his sleeping body, and climbed into the crawlspace.

He broke through the ceiling into the apartment of the chief jailer, who was out for the evening with his wife, changed into street clothes from the jailer's closet, and walked out the front door to freedom. The prison's skeleton crew did not discover the escape until noon December 31, more than 17 hours later. He would carry out a number of thefts, assaults and two murders before being caught February 15 — again serendipitously — by police after a routine "wants and warrants" check showed the Volkswagen Beetle he was driving was stolen.