US President Donald Trump is expected to provide written answers this week to questions from the special counsel investigating alleged Russian interference in the 2016 US elections – the method by which the president’s lawyer Rudy Giuliani told Reuters last month Trump would respond.

The questions, prepared by Special Counsel Robert Mueller, will be focused only on Moscow’s alleged involvement in the elections and will not consider whether Trump may have tried to obstruct the investigation, a source told Reuters. Another topic that will be covered is a meeting between the president’s son Donald Trump Jr., other members of Trump’s campaign team and a group of Russians in June 2016 in Trump Tower, the source said.

Trump met with his legal team this week in anticipation of responding to Mueller’s questions, the source said. However, both Giuliani, Trump’s acting lawyer, and Peter Carr, a spokesman for the special counsel, declined to comment.

Earlier, Reuters reported that Trump’s lawyers had been engaged in active negotiations with Mueller’s team since last year, discussing whether the president will sit for an interview, which remains undecided. It also remains unclear whether Muller would press Trump to answer questions on obstruction of justice. 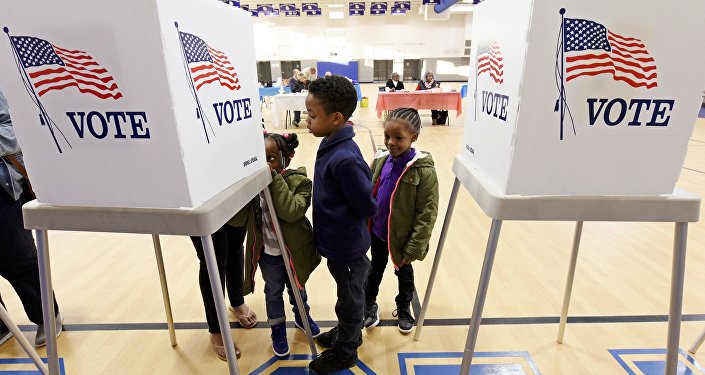 © REUTERS / Jonathan Drake
US Senator Sees No Evidence of Widespread Voter Fraud in 2016 Elections
Last summer, Trump denied any knowledge about his son’s Trump Tower meeting with Russians who had allegedly promised damaging information about Democratic rival Hillary Clinton. A statement issued by Trump Jr. said that he and Russian lawyer Natalia Veselnitskaya “primarily discussed a program about the adoption of Russian children.”

Russia has repeatedly denied allegations that it meddled in the 2016 US presidential election, insisting that it does not interfere in the internal affairs of other countries. Trump has also rejected accusations of collusion and has repeatedly denounced the ongoing probe as a "witch hunt" that has not found any evidence after a year of investigation.

BuzzFeed: By Funding Own 2016 Elections, Russia Swayed US Presidential Contest

LIVE: Special Sputnik Radio Coverage of the US Elections 2016