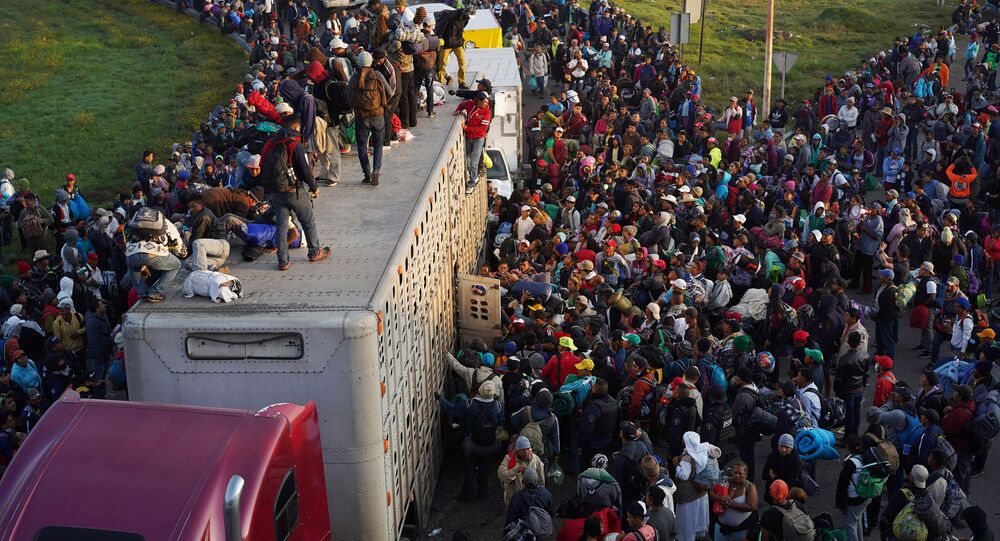 A caravan consisting of several thousand migrants from Central American countries has recently resumed movement towards the US border after a brief stop in the Mexican capital. At the same time, US Border Patrol and soldiers, which have been sent as reinforcements, are preparing to meet the caravan and prevent illegal crossings of the border.

A group of LGBT migrants has split off from the main caravan traveling from Central America to the US and managed to reach a city of Tijuana, Mexico, situated near the southwestern US border, Fox News reported. The group, consisting of 76 people, reportedly decided to separate from the main column due to constant verbal insults and poor living conditions.

Now they have managed to outrun the caravan and have practically reached the US border. According to the media, this was made possible after an anonymous group paid for a bus that took the "LGBT caravan" to Tijuana.

The migrant caravan, consisting mostly of Honduran citizens, recently resumed its journey through Mexico towards the US border after a several-day-long stop in the country's capital. Several thousand men, women and children are travelling by train, truck, car, and foot.

READ MORE: Migrants Are Coming: Caravan From Central America Resumes Movement Towards US

At the same time, US border security, reinforced by some 5,000 troops, are continuing to strengthen the border with Mexico by installing fences topped with barbed-wire in a bid to prevent migrants from illegally entering the US. At the same time, President Donald Trump, who has called the approaching caravan an "invasion," signed an immigration order barring migrants entering the country illegally from applying for asylum, forcing them to go through border entry checkpoints.