Washington imposed harsh sanctions against Tehran's energy, banking and shipping sectors on November 5, making good on promises made during Trump's unilateral May withdrawal from the Iran nuclear deal. Secretary of State Mike Pompeo promised that the sanctions will be the "strongest in history."

US National Security Adviser John Bolton promised that Washington will exert even more pressure on Tehran following its latest set of sanctions, which took effect on 5 November, 2018, Bloomberg reported.

"We think the [Iranian] government is under real pressure and it's our intention to squeeze them very hard […] squeeze them until the pips squeak," he said.

Bolton further noted, commenting on the EU's attempts to overcome the US sanctions, that over time, Europe will come to accept the fact that it can no longer do business with Tehran. 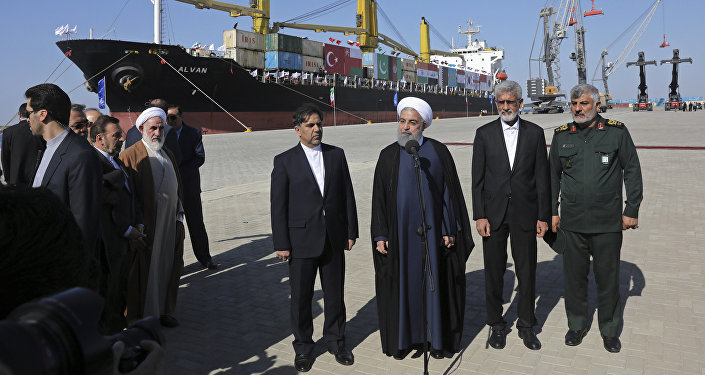 In May the Trump administration announced plans to reinstate the sanctions against Tehran, which were previously lifted under the Iran nuclear deal, signed in 2015. The latest sanctions affect the country's energy, banking and shipping spheres. The international financial messaging network SWIFT has already declared that it has cut off communication with "certain Iranian banks".

The remaining signatories to the Iran nuclear deal, including the other four permanent UN Security Council members as well as the EU and Germany, have slammed the US decision to withdraw from the accord. Tehran vowed to continue selling its oil to its customers despite Washington's sanctions.

The leaders of several European countries, which decided to stick to the Iran deal, tried to dissuade US President Trump from imposing sanctions, but without success. Now, the EU has announced the creation of a mechanism that will allow European companies to continue working with Iran without the threat of being affected by the secondary US sanctions.

Effects of US Sanctions on Iran 'Stronger Than Anticipated' – John Bolton

Bolton: Iran Should "Come to the Table" If Wants to Avoid US Sanctions