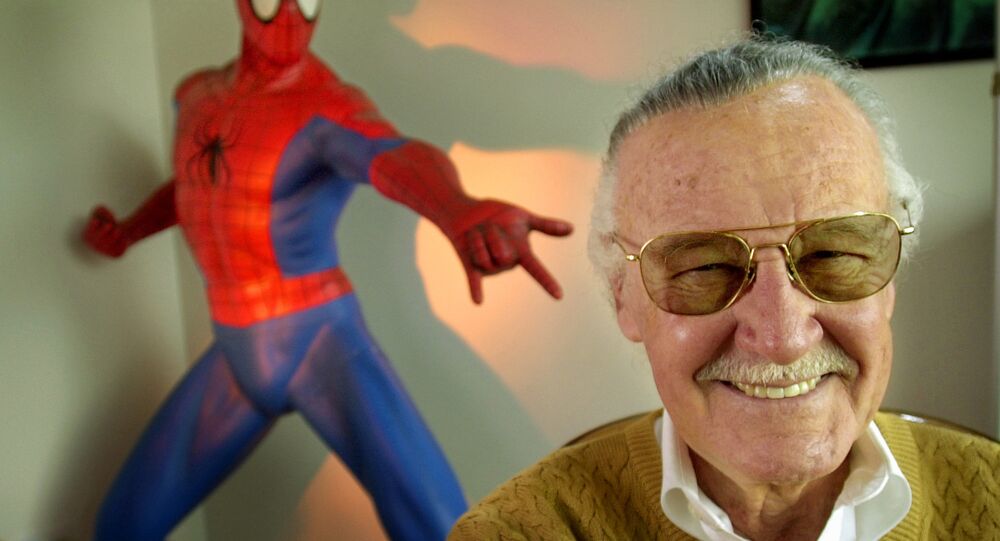 The world-famous writer and publisher was responsible for such iconic characters as Spider-Man, X-Men, Thor, Iron Man, Black Panther and The Fantastic Four.

TMZ reported, citing Stan Lee's daughter, that the legendary co-creator of Marvel Comics has died at the age of 95.

The cause of his death has not yet been reported, while TMZ said that "an ambulance rushed to Lee’s Hollywood Hills home early Monday morning and he was rushed to Cedars-Sinai Medical Center. We’re told that’s where he died."

In February 2018, Lee was hospitalized with irregular heartbeat and a shortness of breath.

Lee, who founded Marvel in 1969 jointly with Jack Kirby, is believed to have created Spider-Man, the Hulk, Doctor Strange, the Fantastic Four, Daredevil, Black Panther, the X-Men, and other iconic cartoon characters.

People around the world rushed to Twitter to express their condolences.

I’m literally in tears. Stan Lee’s imagination changed so many lives, including mine. #RIPStanLee pic.twitter.com/rYqmcfwRXE

R.I.P. STAN LEE Thank you 🙏🏽 for being so brilliant and creating what we now know as the MARVEL universe. Legendary Icon #stanlee pic.twitter.com/CWaj5wXymo 😭😭😭 we're American man.. peace guy pic.twitter.com/dQI5ksHUtr

What a life. What a legend. I can’t explain how much this man inspired me. Thank you Stan Lee. #RIPStanLee pic.twitter.com/sylLdF6GGb

Rip Stan Lee our memories of you will be remembered for Eternity! pic.twitter.com/F0Wrq3lFga

Rest In Peace to the man who created some of my childhood heroes. Thanks for all you did Stan Lee. pic.twitter.com/x4LiMolGtP

They say a picture speaks a 1000 words…Rest in Peace Mr. Stan Lee. A creative genius that produced one of the most impactful franchises ever. Thank you. #RIP pic.twitter.com/h9KCuDwM07

Legendary comic-book creator Stan Lee has been lately at the centre of a struggle with his daughter JC over his property and legacy.

The Battle for Stan Lee and the Future of Comic Culture