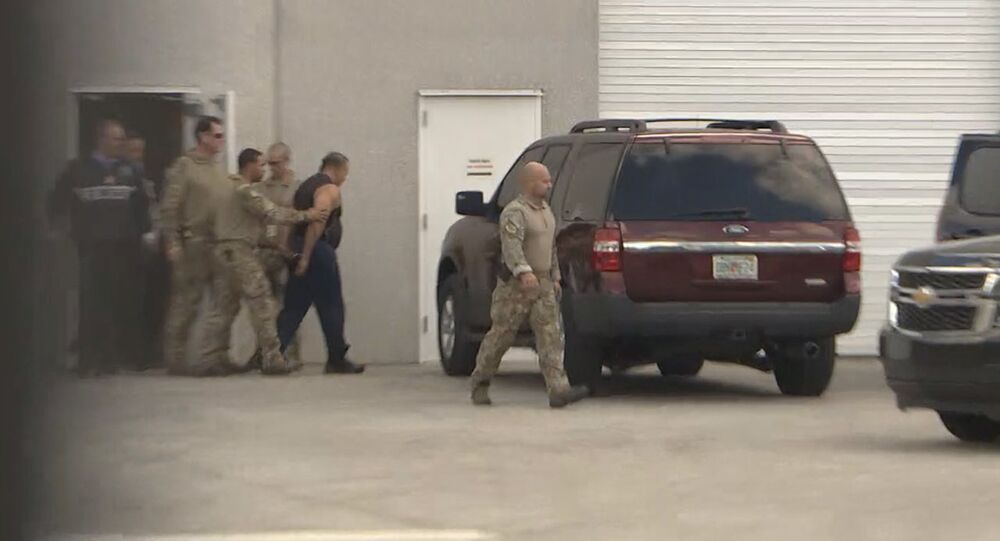 WASHINGTON (Sputnik) - The man suspected of sending via mail explosive devices to former or current high-ranking Democrat party officials, Cesar Sayoc, has been charged with 30-count indictment, US Department of Justice said in a news release.

"Cesar Altieri Sayoc, 56, was charged today in a 30-count indictment for offenses relating to his alleged execution of a domestic terrorist attack in October 2018, which involved the mailing of 16 improvised explosive devices to 13 victims throughout the country," the release said on Friday.

© REUTERS / Carlos Barria
Trump: I Bear 'No Blame' for Mail Bomb Plot (VIDEO)
The charges include use of weapons of mass destruction, interstate mailing of explosives and use of destructive devices during crimes of violence, the release said.

US Mail Bombing Suspect Held Without Bail, Back in Court Friday

'Appears to Be a Partisan': US Mail Bombing Suspect Faces 48 Years in Prison