US Envoy to the United Nations Nikki Haley said Thursday that Moscow wants to lift banking sanctions on North Korea put in place to try to curb Pyongyang's nuclear program, but the United States would not let that happen, Reuters reported.

"What they're looking for is to lift banking restrictions… So now we know what their agenda is, we know exactly why they're trying to do it and we're not going to let it happen," Haley said after a closed-door security council meeting on North Korea sanctions, as quoted by Reuters. Russia's envoy was also in attendance at the meeting.

© AP Photo / Host Broadcaster Mediacorp Pte Ltd via AP
Trump Claims to Have Tremendous Progress With North Korea, 'at Least on Personal Basis'
The UNSC has adopted a number of resolutions condemning the development of nuclear weapons by Pyongyang. In particular, a resolution unanimously endorsed by the UNSC last year bans imports of textile products from North Korea and restricts the country's access to gas liquids. The sanctions also banned all joint ventures to cut North Korea off from foreign investments.

The US Senate banking committee also passed a North Korea sanctions bill last year that has reinforced financial measures currently in place. In particular, the bill allows the US states and local governments divest from, or prohibit investment in, companies that engage in certain investment activity in North Korea.

The UNSC and Washington have repeatedly imposed sanctions on North Korea over the country’s nuclear and ballistic missile tests.

Russia said in October it was time to consider the possibility of relaxing the international restrictions against Pyongyang amid commitment expressed by North Korea's leadership to denuclearize of the Korean Peninsula. 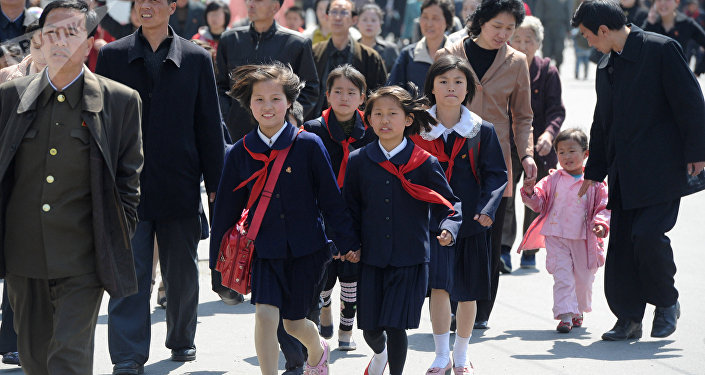 © Sputnik / Iliya Pitalev
Time to Think About Easing North Korea Sanctions - Russian Envoy to UN
The latest UNSC session on restrictions against Pyongyang was held in the open format on September 17. It followed Moscow’s move to ban the adoption of a report by UNSC panel on restrictions against North Korea, the so-called 1718 Sanctions Committee, until some changes are introduced to it.

Pyotr Ilyichev, director of the Department of International Organizations at the Russian Foreign Ministry, said on Thursday that Moscow would raise the issue of lifting sanctions on Pyongyang at closed UN Security Council consultations on November 9.

"The United States is trying to harm all external relations that N. Korea could develop. They are trying to crush all aspects of life under their unilateral sanctions," he stressed.