A dozen people were fatally shot Wednesday night when a man armed with a semi-automatic weapon opened fire at a bar in the Los Angeles suburb of Thousand Oaks. The incident isn't the first case of gun violence to make news in the Golden State in recent months. Sputnik recalls the top five mass shootings to hit California in just the past year.

With a firearms-related death rate of 7.9 per 100,000, and 3,184 gun deaths in 2016, California is actually on the lower end of the spectrum of per capita gun violence compared to other states, ranking 43rd out of 50 US states in a recent study. 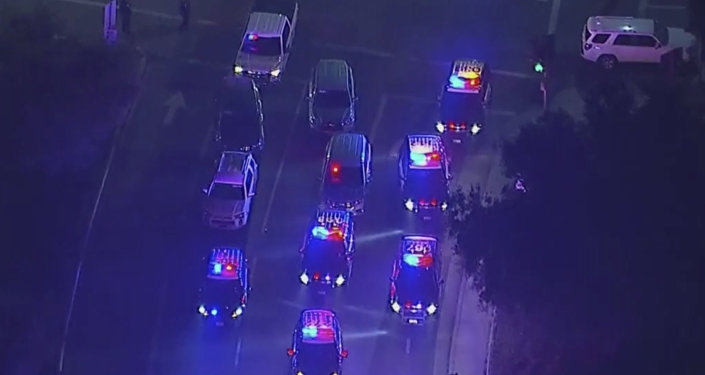 © AP Photo / KABC
WATCH First Responders at Crime Scene After Dramatic California Bar Shooting
However, as the most populous state in the union (with an estimated 39.54 million residents in 2017), California has also been home to some of the deadliest and most widely-reported mass shootings, with the frequency and scale of these incidents growing in recent years. In just the last three months, Sputnik has reported on a spate of California shootings. One took place a rehab center in Marin County just two days ago, another transpired at a nightclub in Los Angeles. There was a third at a trucking company in East Bakersfield, a rampage at a residential complex in San Bernardino, and a gunfight between police and a suspect at a horse race track in San Diego.

However, these shootings pale in comparison to other high-profile mass shootings which have rocked the West Coast state in the last year or so. Sputnik lists five of them below.

On April 3, 2018, police in northern California reported on an active shooter situation at YouTube's headquarters in San Bruno. The perpetrator, one Nasim Najafi Aghdam, shot three people, one critically, before taking her own life. Media saw the shooting as being unusual in that it was carried out by a woman (with the vast majority of mass shootings carried out by men), and due to Aghdam's motivations, which were said to include alleged YouTube censorship of her videos.

On November 13, 2017, 44-year-old gunman Kevin Janson Neal took his own life following a deadly pursuit with police in the Rancho Tehama Reserve which left six people dead and 18 injured, among them two schoolchildren. Armed with two semiautomatic rifles, as well as two pistols, Neal, a convicted felon, discharged his firearms at eight locations, including a local elementary school. The victims included Neal's wife, two neighbours he suspected of manufacturing methamphetamine, and two random victims.

On June 14, 2017, longtime United Parcel Service employee Jimmy Lam shot and killed three coworkers and wounded two others at a parcel processing plant in San Francisco. Armed with two stolen weapons, including a handgun and a MAC-10 machine pistol, Lam managed to take his own life before police could arrest him. The incident was concluded to have been related to a workplace grievance, with Lam, an 18-year veteran of UPS, upset about his work hours.

On April 18, 2017, 39-year-old suspect Kori Ali Muhammad was arrested by police following a string of murders in Fresno, California said to be motivated by anti-white racial hatred. Five days earlier, Muhammad killed an unarmed security guard at a Motel 6, hiding out for several days as police declared a manhunt. On the morning of April 18, the perpetrator continued his rampage, killing a passenger in a utility truck, but sparing the Latino driver, and firing on multiple other pedestrians and drivers before shooting and killing two white men walking out of a Catholic Charities USA building. During his arrest, Muhammad shouted "Allahu Akbar!," a phrase he repeated during his court hearings. 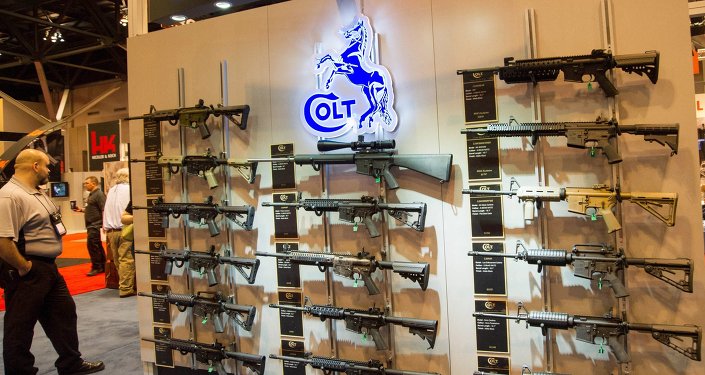 On April 10, 2017, Cedric Anderson, a troubled man with a history of domestic violence, arrived at North Part Elementary in San Bernardino, California, under the pretence of visiting one of the teachers. After entering a classroom, the gunman opened fire, shooting teacher Karen Smith, who stood in front of her two special needs students in an attempt to shield them, repeatedly. One of the students hiding behind Smith, eight-year-old Jonathan Martinez, succumbed to his wounds, with the second, nine-year-old Nolan Brady, suffering severe injuries. Anderson took his own life at the scene before police could arrest him.