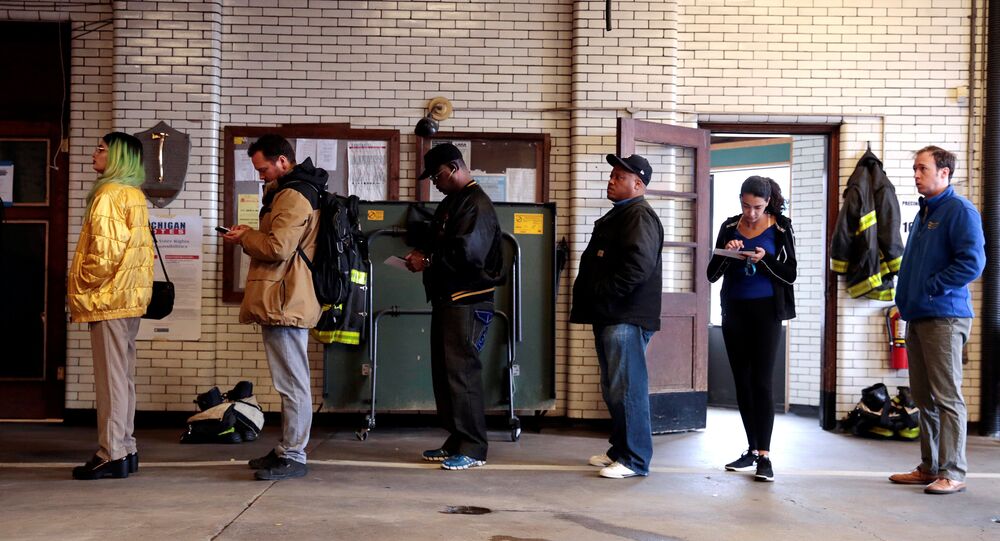 WASHINGTON (Sputnik) - The voting rules in some US states have created obstacles for minority groups to exercise their right to vote, the Organization for Security and Co-operation in Europe (OSCE) said in a press release on Wednesday.

"Voter identification is a politically divisive issue, and rules in some states can present obstacles, particularly for low-income voters, racial and linguistic minorities and Native Americans," the release said.

© AP Photo / Tony Dejak
Europe 'Remains Realistic' Over US Midterm Vote Results
Moreover, the release said international observers of the US midterm congressional elections found that voting rights are not guaranteed for all groups in the United States.

According to the latest preliminary results of the midterm elections, Democrats took control of the House of Representatives, but Republicans managed to secure their hold on the Senate.

READ MORE: What’s at Stake in US Midterm Elections?

Tuesday's vote was only the third time since 1962 that a sitting president picked up gains for his party in the Senate during a midterm election. The Republicans in previous years picked up two Senate seats during the 2002 midterms under President George W. Bush, and flipped two seats in 1970 under President Richard Nixon.