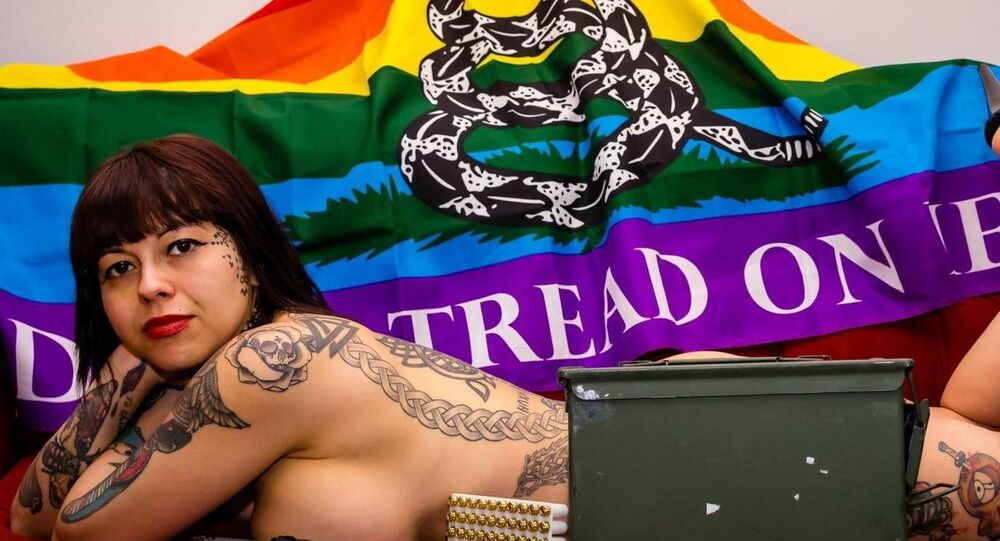 Sandra Salas, who uses the handle @LibertarianSlut on social media, aspired to challenge the Republican and Democrat candidates in the special congressional elections. Although she came neither first nor second in the race, the flamboyant exotic dancer still managed to spice up the midterm race.

Over 3,000 ballots were cast for the Libertarian candidate, stripper Sandra Salas, who secured 1 percent of the votes in the special elections for the 7th congressional district in Pennsylvania, located in Delaware Valley. She came in third place, behind two other women – Democrat Mary Gay Scanlon with 52 percent and Pearl Kim with 46 points.

The district had a special vote as its Republican Representative Pat Meehan resigned and announced he would not seek re-election following revelations that he used public money to settle a sexual harassment claim against him.

READ MORE: 'Not Sure Jesus Can Fix That:' Dead Brothel Owner Wins Election in Nevada

In her campaign, Salas voiced her passion for sex worker's rights, LGBTQIA rights, marijuana legalisation, and gun rights, as the website Ballotpedia says.

According to a Ballotpedia survey, she takes inspiration from another stripper, Theodora, who became the Byzantine Empress.
She is also quite open about her non-conventional job and religious views.

I'm going to focus on ME the next 2 years. I'm not going to hide being a sex worker or a Satanist. If Neo Nazis and white nationalists don't have to hide, why should I?

​Salas, who is used to being ‘in the flesh’ during the course of her work, reminded us of her profession by posting nude selfies during the campaign.

3 people called me "thick" this week. One, fine. Two, side eye. 😒 Three, Houston we have a problem. Where there's smoke, there's fire and I'm gonna do something about it. I am in no way overweight. >=[
Seriously does this look fat to you? Am I missing something?!? pic.twitter.com/57sfvGj1aU