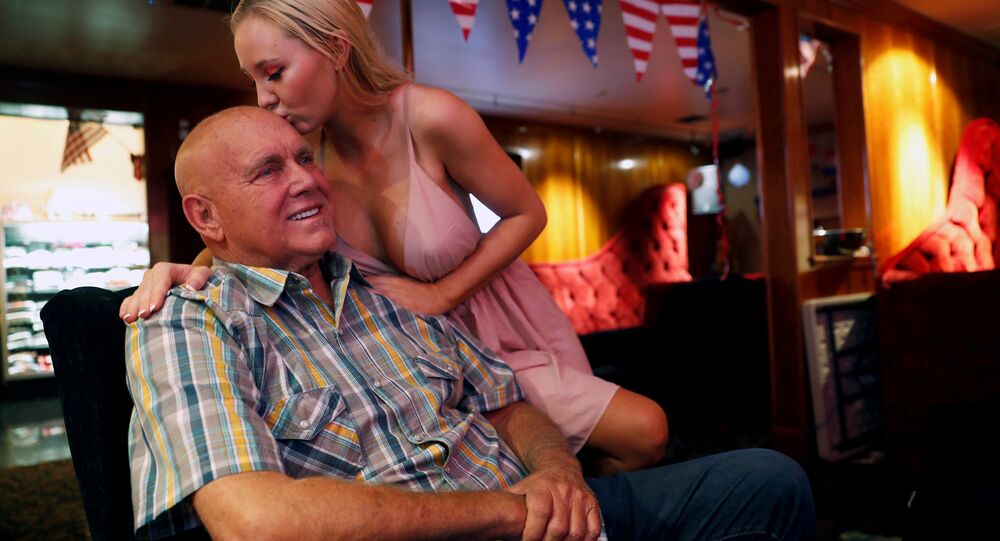 Although pimp Dennis Hof, who starred in HBO’s show Cathouse with his establishment, died unexpectedly in mid-October, his name wasn’t scratched off the ballot under Nevada law. As the poll suggests, voters favoured the late pro-Trump candidate over his Democratic rival.

Elections officials have revealed that Republican Dennis Hof, who died in October, won a seat in Nevada’s State Assembly. The brothel owner and anti-establishment candidate bagged 53 percent of the vote in Clark County, beating Democrat school administrator and political newcomer Lesia Romanov with her 47 percent.

Hof had attempted to mould his political image on that of President Donald Trump, often referring to himself as "Trump from Pahrump" after his hometown in Nevada, according to reports. The brothel owner, who ran an anti-establishment campaign, got into the crucial race after winning the primary.

However, his name remained on the ballot in accordance with Nevada’s legislation, as the deadline for changing the roster had passed. Despite the paradoxical outcome, there are procedures in place to ensure that when Hof’s posthumous victory is confirmed, local county commissioners may appoint another Republican to fill his seat.

This set the expectations of Hof's campaign manager Chuck Muth high; he suggested voters would still opt for the deceased Republican ahead of the General Elections.

"They will feel much more comfortable casting the ballot for him, knowing there will be another Republican to replace him," he said shortly after the pimp’s passing.

Some mocked the US election system.

America, land of the free and home of the brave, a bastion of opportunity, where even a… [checks notes]… dead pimp can win election. https://t.co/C8EoTdklLt

#nevada elected a dead pimp over a living democrat.

Not sure even Jesus can fix that nonsense pic.twitter.com/krPEFKgvPh

​Others suggested it’s “Only in Nevada” meme.

I usually avoid political posts, but this "Only in Nevada" news is too good to not report: famous brothel owner Dennis Hof was elected to Nevada State Assembly today…but that's not the interesting part…Hof died 3 weeks ago (before early voting started) but won in a landslide! pic.twitter.com/siWtME1NIR

THIS is the same Dennis Hof that died a few weeks ago? The one that ran a brothel?? Nevada is weird. lol

Others took aim at the conservative voters.

Dennis Hof overwhelmingly won a Nevada State Assembly race. Conservatives would rather vote for a dead pimp than a Democrat. You can't even parody right-wing America at this point. They are killing political comedy.

How nuts can Republicans get? In NY they re-elect a corrupt upstate fool who will be going to trial and could be in jail soon. In Nevada, they elected a DEAD PIMP. Yes, everyone knew Dennis Hof was dead, but hell, conservative hypocrites love a whoremaster, whether Hof or Trump. pic.twitter.com/TQw8XcsQtt