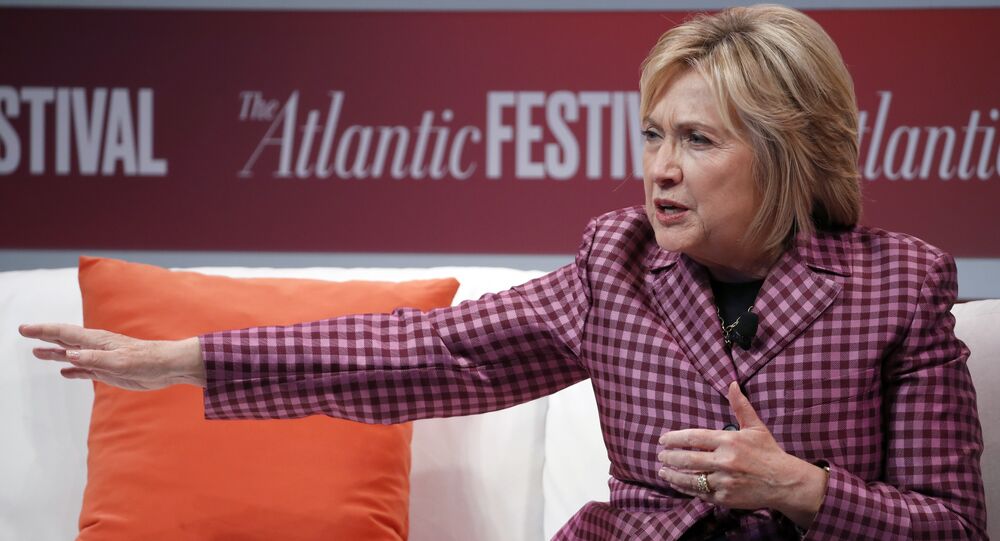 Midterm elections in the US generally garner far less attention than the presidential ones, but this year, not surprisingly, the situation is different as there is a lot at stake for both parties. The Blue seek to regain control of Senate and House, while the Red are set to expand their narrow majority.

Philippe Reines, a political consultant and former senior advisor to Hillary Clinton, took to Twitter — and to foul language — to rant about Donald Trump, describing the upcoming midterm elections as the moment the voters will "render judgement" on the POTUS.

"It's not you vs. Obama. It's not you vs. Hillary," Reines tweeted on Monday, addressing Donald Trump. "It's you and your accidental two years vs America's first 240 years. It's the first time since Nov. 8 2016 the entire nation will render judgement on you. You're f*cked."

The two years since Donald Trump's shock election victory have been tumultuous, as the gap between two swaths of US society (liberals and conservatives) has widened. Although the President doesn't run for office in the midterm elections, he himself has warned that the vote is a sort of a "referendum" on his presidency and on his GOP supporters.

"In a certain way, I am on the ballot," Trump said on Monday during a phone call with thousands of supporters. "Whether we consider it or not, the press is very much considering it a referendum on me and us as a movement."

A poll conducted in late October revealed that Trump's approval rating had fallen to 40%, while his disapproval rating inched up four percentage points to 54 percent, which is possibly why Donald Trump has had an action-packed home stretch to the highly contested midterms. He has rallied across the states to support his party brethren in Senate and gubernatorial races in Indiana, Missouri, Montana, and West Virginia.

The midterm elections to the US Congress are scheduled to be held on November 6. The US voters will elect all 435 members of the House of Representatives and around one-third of all US senators, as well as decide on the fate of 36 governorships. Democrats need to win back at least 23 seats to regain control of the House and just two to retake the Senate.