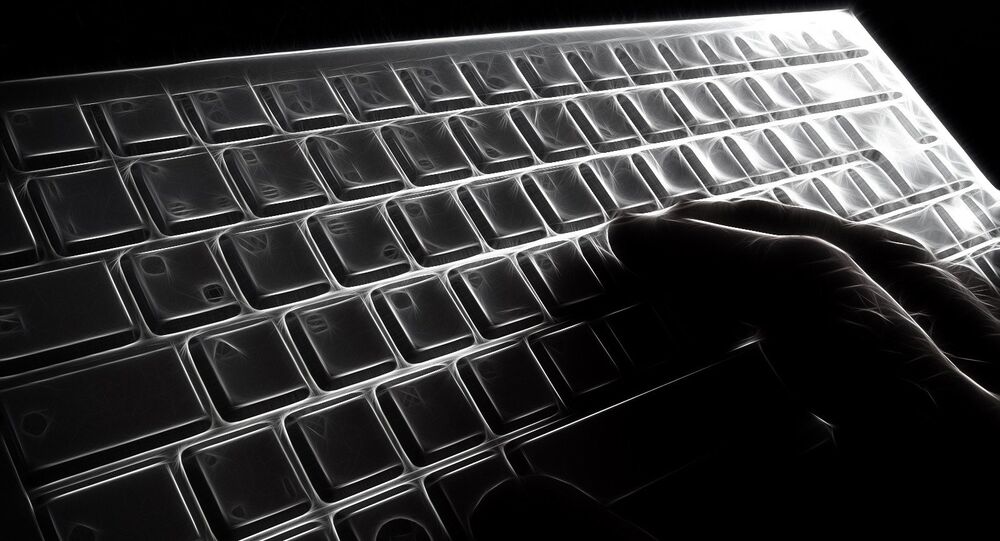 An Israeli cybersecurity firm made the discovery just days before Tuesday's vote, when millions of Americans go to the polls to elect House and Senate lawmakers, as well as a host of state and local representatives and officials.

The voter details, which can apparently be purchased for either US dollars or bitcoins, include info such as full name, date of birth, gender, telephone number, current and past addresses, and other details such as political affiliation. The stolen data is affordable, too, with state databases containing millions of names apparently going for a flat rate of just $10.39 or 0.001647 bitcoins.

© REUTERS / Terray Sylvester
LIVE UPDATES: Democrats Projected to Control US House as GOP Retains Senate
In total, the pool is said to contain information on 62 million Americans from 17 states out of the total 110.9 million estimated registered voters.

According to ClearSky CEO Boaz Dolev, the company discovered the databases last week, following reports going back to June about registered voter information being leaked to the dark web, a term referring to websites existing on encrypted networks which cannot be found using traditional search engines and often containing illegal content.

"As part of our tracking, we monitor markets where cyberattackers try to market their dubious goods, and that's how we found the data pool on American voters ahead of Election Day," Dolev explained. "The data are fairly up-to-date. Some were last updated in 2017 and some in 2015," he added.

© AP Photo
Midterm Mayhem: What Are the Most Crucial Contests to Keep an Eye Out For?
According to the cybersecurity expert, those in charge of protecting citizens' privacy, in the US and other countries as well, need to protect this information better, or face being "used not only by political elements that want to influence potential voters but also by dark or hostile entities. That's why defense at the highest level is necessary, as well as actions by law enforcement."

Ahead of Tuesday's vote, Washington has alleged that a number of countries, including Russia, China, Venezuela, Iran, and North Korea may try to meddle in the midterm vote. Last week, a US think tank claimed that Washington would engage in cyberattacks on Russia if evidence of interference in the 2018 election was found. Russia has denied all earlier US claims of meddling in the 2016 US elections, pointing to a total lack of evidence. Last month, a Politico report urged President Trump's opponents to prepare for "disappointment" regarding FBI Special Counsel Robert Mueller's 17-month long Russiagate investigation.

On Friday, the Department of Homeland Security reported that it has not detected any attempts by foreign states to penetrate US election infrastructure ahead of the 2018 race.

Midterm Election Eve - Will the Balance of Power Shift in DC?