Rep. Dana Rohrabacher (R-CA) said in an interview Monday that US special counsel Robert Mueller's investigation into allegations of Russian meddling and collusion in 2016 US presidential election has helped, not hurt, his own re-election campaign.

According to the lawmaker, Americans have grown so "sick and tired" of the investigation, which has so far not turned up substantial results, that each new mention of "Russian interference" sways their sympathies toward Republicans. (Democrats have long championed the investigation.)

"There's been nothing that the special counsel has come up with in terms of the real collusion between Trump and the Russians. Them [Democrats] using the issue on me is actually helping my campaign because people know it's a bogus charge," he told The Hill. 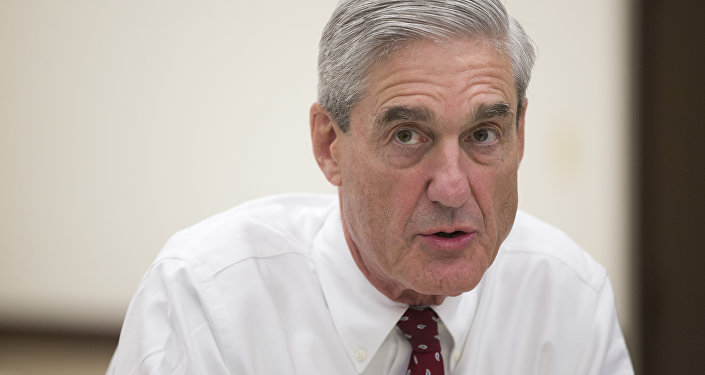 © AP Photo / Evan Vucci
Mueller's Alleged Rape Case Adds to the Controversy Ahead of Midterms
More than three dozen people have been charged in connection with the probe. Eight have pleaded guilty, and six, including four associates of US President Donald Trump, have agreed to cooperate with Mueller's investigation. The special counsel will release his findings after the midterm congressional elections.

Rohrabacher, who oversees the House Foreign Affairs Subcommittee on US relations in Eastern Europe, is known for advocating pragmatic approach to relations with Russia. This has earned him a label of being "pro-Russian" or "pro-Putin," a classification that he denies.

"Where it is mutually beneficial for us to work with Russia, we should be working with Russia in those cases, and that's been translated to all these people as if I'm pro-Putin and pro-Russia… which is baloney," he said.

The lawmaker has served in Congress for nearly 30 years, but now finds himself in a close race with Harley Roud, his Democratic challenger.

© AFP 2019 / Ahmad GHARABLI
GOP Candidate Suggested Israelis, Palestinians Need to Convert to Christianity to Reach Peace
Rohrabacher also commented on allegations against Russian national Mariia Butina, who was arrested by the FBI in July and charged with acting as an agent of the Russian Federation without notifying the US attorney general, calling them "bogus."

Polls seem to support Rohrabacher's position, with a Monmouth University poll reportedly revealing that 56 percent of voters in his district are not concerned with the lawmaker's stance on Russia. Some 37 percent said they are "a little concerned" about Rohrabacher being too friendly with Russia. The same poll revealed that Rohrabacher has a slight lead over Roud, earning the support of 50 percent of those polled to Roud's 48 percent.