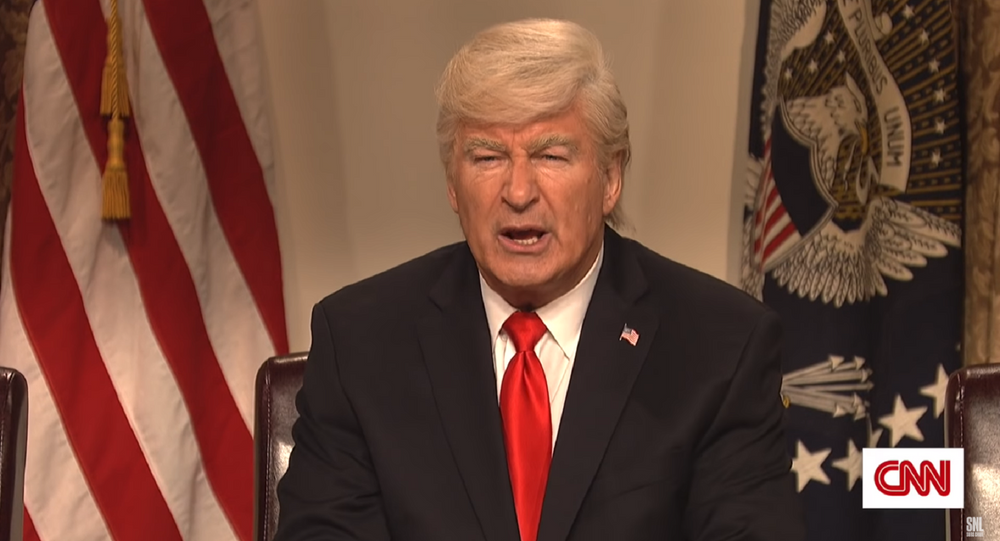 Comedic A-list actor Alec Baldwin, a frequent critic of US President Donald Trump, was arrested in New York City and charged on Friday with third-degree assault and harassment after an altercation over a parking spot.

Baldwin, 60, was reportedly upset the man took a parking spot he had been waiting on.

Baldwin punched a 49-year-old man, injuring the left side of his jaw around 10th Street in Manhattan's West Village, police said. The man was taken to a hospital nearby, where he is being treated in stable condition.

Baldwin was given a ticket for a desk appearance, which could land him in front of a criminal court. The misdemeanor assault charge carries a maximum sentence of one year in prison upon conviction.

He is expected to be released quickly after he is processed and is due in court sometime next month.

The actor provides regular, incendiary portrayals of Trump on "Saturday Night Live" and hosts a talk show every Sunday on ABC called "The Alec Baldwin Show."

"I wish him luck," Trump said Friday after a reporter asked him a question about Baldwin's arrest while Trump was on his way to a campaign event.

Baldwin is known for his bursts of rage and run-ins with the law. In 2014, he was arrested for disorderly conduct. He was acquitted of charges in a battery case involving a photographer in the 1990s.

He is also known for a voicemail he left to one of his daughters, just 11 years old at the time, in which he called her "rude, thoughtless, little pig." He also has a very long history of using homophobic slurs.

"Is anyone shocked at this piece of garbage anymore? As if the phone calls to his daughter weren't bad enough," Donald Trump Jr. tweeted after news of Baldwin's fight.

ABC White House Correspondent Tara Palmeri took to Twitter to recall the time Baldwin allegedly told her "hope you choke to death" while she was staking his house out on assignment.

Twitter user Jake Rubinstein quipped that if Baldwin had thrown the punch "in character on 5th ave he'd have been fine," referring to the time in January 2016 when Trump boasted that he could "stand in the middle of Fifth Avenue and shoot somebody" without losing "any voters."

Donald Trump or Alec Baldwin? US TV Station Has Trouble Telling Them Apart